When my co-worker’s daughter was diagnosed with cancer, the whispered phrase that followed her from every room was:

I theorize the reason we say, “I could never…” is we are trying to tell God-the-universe-and-everything:

because if you do,

And you don’t want that do you?

Give that burden to someone stronger than me,

someone with more faith.

Someone who’s not me.

place that burden on me,

you’ll have only yourself to blame

when I snap in two.

It’s very much like when Marcus was born and there were a lot of uncertainties surrounding his health. There was a heart defect, the extent of which was not yet known. There was talk of life-flight to another city. Someone breathed baptism.

Oh Hell No. I thought.

To me, the symbolism of baptism was giving your child to God and some weirdness of marking him as OK for entry into heaven. I was NOT doing that, for two very logical reasons. Number 1) I am not done with this child, if I don’t baptize him, he’s not God’s and therefore cannot die. And number 2) Obviously God would not be able to keep this beautiful child from heaven if he were to die, therefore he cannot be blessed for heaven until I’m ready for him to go.

Don’t knock it, it worked. 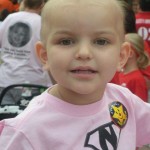 Nora’s mommy made her own deal with God, “You can have her hair, just let me keep her.” Thankfully, that worked too. But the, “I could never handle…” trick, I guess it’s over-used. Everyone’s tried it, so it’s lost its punch. God-the-universe-and-everything says,

Even people handling what others say they can’t handle have spoken limits of what they can handle. (Follow that?)

I have another friend whose son has Bardet-Biedl syndrome[1], it was a long scary time getting a diagnosis and treatment because it’s just rare enough doctors didn’t know what they were looking at.  There have been some terrifying moments along the way and, as is the case with the human condition, the future is unpredictable. This mom owns a business awesome creating awesome custom rhinestone shirts. One night at a party she was explaining to me that she had to do this super rush custom order for another mother’s charity walk, and said, “Her son has one of those syndromes that the rest of us look at and go…Oh, I could never do that!”

I nodded. I knew what she meant.

In all honesty, when my son was diagnosed with Down syndrome I thought. Well, if it had to be something, I can handle this. I don’t know if that’s weird, maybe it’s a coping mechanism of some sort, but it’s also true.  I mentally ran down a laundry list of diseases/disabilities that are much worse than Down syndrome and thought, Oh yeah, this is way better than that—

I am thinking about this right now because of team NOJO in the Cure-Search walk.  Cancer is the leading cause of death by disease in children and Cure-Search mission is to cure childhood cancer. Of course that is, more than any other, a parents greatest fear: our own child’s death. At the Cure-Search walk I attended, there was a point where parents/families of children Lost to cancer took the stage.

Each child’s name was spoken into the microphone.

Golden balloons floated into the sky while the gathered crowd stood in silence.

I stared in amazement at their courage to stand, to walk…to be.

Every parent witnessing their walk to the stage wished, prayed, whatever – Please, don’t lead me to that stage. Please, I could never…

But the deals parents strike with the universe don’t always work. And that sucks.

Marcus’ has faced health issues that were life threatening, each one paralyzed my heart with fear. Thankfully, those days feel like a galaxy long ago and far away. Do I feel better able to face and handle the “I could never…” because of past difficulties? Hell No. But they’re all out there.

What about you? What’s your – I could never… And have you anyway?

*PS, I know parents should be parent’s – But Google and I are having a tiff about it.

Thanks for stopping by, feel free to leave a note or for emailed updates, not too frequently, Join the Club Here

This #TBT post was originally published in June of 2013. 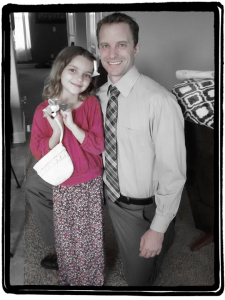