Amazing Closure to Heart Surgery Over 20 Years Ago

.
SO, like everyone I know, I’ve got a lot on my mind today. There are many words I hoped to put on paper today, in some fabulous order that would change the world, or at the very least entertain, educate, or inspire.  Instead, I’m too full.  My brain is too busy.  It happens. 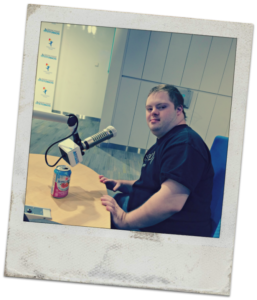 Marcus and I just returned from another Denver trip where we shared Black Day: The Monster Rock Band at the Colorado Children’s hospital, among other things including a fashion show rehearsal and meeting some new and old friends. We zipped in late Thursday and were back home by Saturday night. Another whirlwind.

SO today I’m sharing this post that was actually written and shared last year, at about this time. Maybe it’s cheating. But we’ve made a lot of new friends this last year, so maybe it’s new to you. And the sentiment is the same.

I will say that while I am mentally tapped out today – Marcus is not. He gave me seven pages of “Broadway List” today focussing on Black Day Characters and what’s next.  I’m not saying for sure this will all stick, but there were many good ideas and we’ll see where they take him next. That’s your teaser for the day.

Annnnd back to the story:

Amazing Closure to Heart Surgery Over 20 Years Ago

The night before Marcus’ heart surgery, while he lay in my arms, I almost fled. I almost stole him away in the night from the place where I knew they would cut him open, and pull from his body his beating heart. Was I right to risk what years I could have with him for a chance at a lifetime?

What if they…what if he…I was only 21 years old myself and I felt my life would most certainly end if he didn’t wake from surgery. I barely knew him, really, but I knew my life relied upon his.

Was I 21? Those were the years of all work and no play, I didn’t know the power of a single glass of wine or a margarita with friends. I was married but very, very alone. A few friends came in from out of town, stayed as close as they could; we all held our breath when we should of held each other. We didn’t know better.

I could not see past my own blinding fear of the present. The pain he suffered. The trauma he endured. He…forgave me. But it took time. 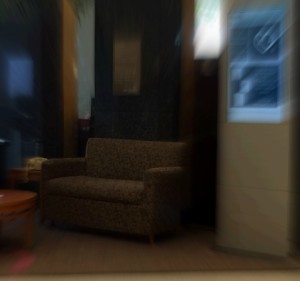 Could it really be the same couch?

I saw the couch where I signed the papers

that said,  “Yes, I understand the risk. I will not hold you accountable for…”

Could it really be the same couch over 23-24 years later? Same spot anyway.

Marcus and I walked through that lobby as we went on to the new Children’s Hospital. We met the child life specialist and we sat in the theater/studio.

All those years ago, in those days after his heart surgery, we requested TV with a VCR whenever we could. We watched Sesame Street with his little roommate and we giggled at Grover and Oscar’s escapades. 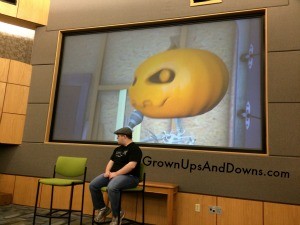 But now,  Marcus’ story, Black Day: The Monster Rock Band, was sent live feed throughout the hospital. I hope it gave a few minutes respite to the children and parents in the way his favorite videos brought us a moment of escape all those years ago.

In the spectrum of things, 20 years went in a flash. There is so much in these years I don’t remember, moments and even years that have blurred past me, but those heart surgery days remain branded into me. Marcus too. His body remembers.

For those parents who have to endure this time, I hope that seeing Marcus helps them through. I read a quote recently where the mother shared that nothing could outweigh her tears. I hope she can learn to let go. It is not easy. Truly, it’s a struggle – getting through and letting go.

However, for us, what a beautiful full circle it took this last week. Watching my boy sit tall and his desire to “help the kids.” 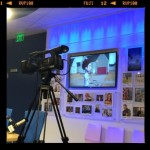 The day after he shared and was interviewed at “his old hospital” we zipped out to the Children’s Hospital in Denver, where they have a very fancy studio seeded by Ryan Seacrest. Again, Marcus showed his movie and sat at a microphone, answering questions and talking to the kids, via the live-feed to their rooms. 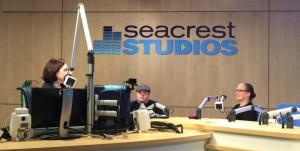 Afterward he told me, “I won.”

He did something difficult and he did it well, and it seems every time he does – we all win.