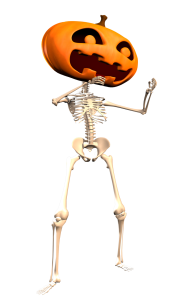 One day Marcus started telling me about a monster band.

The band comprised of Frankenstein on drums, Dracula on keyboard, and a werewolf played guitar. When I asked him the name of this band, he told me, “Black Day.”

I wasn’t surprised because his own alter-ego band is Gold Day. Gold, a good bright yellow gold, is his favorite color. The band Gold Day was founded in his mind years ago after he started sharing interest with our friend Julie, in a little band from California called, you guessed it, Green Day.

Many artists pay homage to other artists in their own small way. Marcus is hoping for Black Day to follow in Green Day’s footsteps all the way to the Rock and Roll Hall of Fame.

One concept that Marcus mentioned early in the Black Day development was this band is only alive for one day. All of the monsters live in the same house, and come to life ready to rock. This is really where the story caught interest for me, and from that nugget, we began coming and going back to the story of Black Day.

When creating the rock song for Black Day, Marcus came up with a few initial lyrics which are used in the book. Then he coordinated a few more lines with me and some with his dad, Quinn, the primary musician in the family. The important musical influences he wanted to emulate also included KISS and Alice Cooper. Both masters of the monster rock band as well. Most importantly, Marcus wanted to include a “Rock and roll scream.”

Soon we will be ready to share the song with you all and tell you more about the great set of musicians who came together to create Marcus’ vision of a classic monster rock band.

If you’d like to get email updates not too often, Join The Club here.