A few months ago, a simple picture of me as a child surfaced and, it surprised me when my psyche shattered into a million broken pieces. I grieved, I gnashed, I wept…for that child, that sweet girl with bright blond hair and a silly grin. I wanted to hug that child and smooth her hair. I’d kind of pushed out all the recollections of that child. 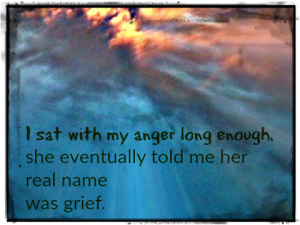 Quote I saw floating around this week. Ah, yes…that.

As I’ve mentioned, even recently, if there was ever a “complicated” mother-daughter relationship, ours qualifies.

Last week she called upset because I wasn’t there to pick her up. It was the wrong day. Whether webbing, or threads, crevasses, or loss of too many brain cells…her mind is not the same, she is not the same, as the person I used to know.

She is vulnerable and confused. Sometimes angry. And when she’s happy, she clings to it. So do I.

I  assert that love is taught and also has to be practiced; I believe she loved in the ways she knew how.

My mother lived day to day. She grabbed happiness in the tiny, fleeting moments. She turned a phrase in clever ways and was quick with a joke. Bill Murray once sat at the bar she tended, and I imagine she kept up with him without blinking. She could tap-dance with a tray of drinks, and sing about any song you care to mention. She worked hard and helped people to find their smile.

Previously when I’ve shared a story or two about my mother, I assumed she would never actually see or read what I shared. And even if she did, these are/were my truths. More than that, she could defend herself, to whoever, if she was so inclined.

But now, my mother, cannot defend herself, or her past, which has become a tangle of memories that she both clings to and, somehow, even creates as she goes, minute to minute. I don’t believe, in good conscience, I could even get her consent to share any story that truly belongs to her, any more.

What of our combined stories are truly mine to share? And when? And what is right? In a human way…

I feel like the universe is calling my bluff.

I’m crappy at being the advocate she needs. In the factual and technical ways (more paperwork! OMG how I hate the paperwork that comes with the caregiver gig!), plus there is not enough time and energy in the till, and on an emotional level, I’m… I’m angry. I’m sad. I’m frustrated.

Will You Still Love Me?

I think my mother is a woman who had children in an attempt to create that one human, that one someone who would/could love her unconditionally. Maybe that child would teach her how to love.

“Will you still love me?

When I got nothing but my aching soul.

I know that you will”