Changing One Person at a Time, starts with me 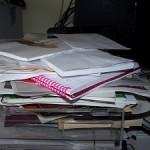 Today the big pressure is: Marcus’ probate paperwork is due tomorrow.

I’ve shared before how much I loathe the paperwork process that comes with guardianship (although I am simultaneously understanding of its purpose).

Too Tired For paperwork.

Travel makes me very tired. Anxiety also makes me tired. I’ve done a lot of sleeping this week. The bad news about anxiety tired (as if you don’t know) is that it makes a person too tired to think clearly to do the stuff that needs to be done (especially the thing that’s causing the anxiety) and also not really feel rested after the sleep. What a rip off! My “case” is mild compared to what many people I know suffer with, but it did keep me from thinking clearly about this whole probate thing.

So, today is cram day. And it snuck up on me in the sense that I thought I had a whole ‘nother week before it’s due. Good thing I wrote it on the calendar in big red letters, so that I could discover it Thursday night. (Did I mention...shit!)

When I first wrote about Ethan Saylor, I did not yet know that he was Ethan to his friends and family, as he was born a Robert. Ethan is on my mind every January since the year he died. Another Robert I think of when I do probate paperwork is Robert Gensiak. Robert was killed by fatal neglect. He died slowly under terrible, horrific conditions; he was supposed to be cared for by his mother and sisters. I never knew Robert. I don’t know if he was really a Rob, or a Bob, or another name like Ethan.

All I know is “The system” did not protect him.

The paperwork I am going to do…today…is in place to help protect my sweet Marcus. Obviously, I will protect Marcus’ interests until I die, and as much as possible, even after. (This, I tell myself so that I can sleep at night.) Apparently, the court/system doesn’t automatically trust me, every year. Hm. If I could change my own mental road block to this paper-trail (and the reports are not hard, really, just annoying) that would, at the very least, save this mental space in the ether from my ranting. If I could change the world, or better, eliminate the selfish evil contempt for life that exists within it that would eliminate the need for paperwork that doesn’t really seem to make a difference anyway – ah, I wish that that could be…

On to better news, Marcus, Of Course.

Marcus makes changes in the world in his way, often one person at a time.

We set up a table in a small movie theater in Annapolis, MD, the Bow-Tie Cinema. The programs were placed; Marcus and Josh greeted the people stopping to check it out. One man asked us about Ethan and the festival. Then Marcus told him about Black Day book and movie and the man decided to stay. He stayed for all the films that night, came back for all the films the next day, and then the reception, too. The first day he tweeted:

Gained new perspective on #Downsyndrome thanks to film festival hosted by @RoadWeveShared at @BowTieCinemas Annapolis Harbor.

And my mantra for the festival became: 1 down, 7 billion to go.

Photography by Jensen Sutta
And courtesy of Global Down Syndrome Foundation

I think a lot and talk a lot about change right now. (Well, who am I kidding? I always have.) In my new job (less than a year, so still new, right?) ANYway, the tag/mantra of our new company is “Change for the Better.” This I chose because of all the levels that change, this change, means for me, for my team, and for my customers. Also, the changes that come from decisions, technology, and options.

In my psyche, options and the opportunity to make and take change is perhaps the biggest blessing I appreciate. The rhetoric around change is assumptive to privilege, in many cases. There are humans who have created their own change under overbearing and impossible circumstances and those changes…those are the changes that change the world.  This whole, just change your mind, thing isn’t easy for the luckiest of us, but when good ol’ Maslow and his hierarchy isn’t met – change is nearly impossible.

Holy Cow, where was I going with this? Ya know what? I’m not sure, let’s keep going anyway.

Will one government, run mostly by middle aged white men, change their minds, or better their actions, when faced with the women of the world? I think this is my favorite picture here, and it’s from London. I know, right? (Go ahead, click on “here” to see the link, we’ll wait…)

SO, I’m reading this book on Medieval families (don’t judge me) and 100 years passes in the blink of an eye. The rights of women, of course, play a large part on economic development as well as the obvious functionality of families. It’s fascinating how the pendulum swings over time. I have often thought of how different this world would be if all people had opportunity for a complete and fulfilled education and then the rights to decide over their future, and pursue the changes for the better they could implement

– I feel this small green/blue planet would be so much further ahead than we sit right now when it comes to caring for the creatures, all creatures, if we – as humanity – enabled the minds and hearts of all the people of this world, all women, all races, all abilities to learn and contribute.

Can you even imagine?

So much more invention, so many more ideas…the science, the change, the policy and the compassion humans have (and are) denying this planet, it’s…I wish that were different.

SO, you know I like to share music and lyrics here and there? Keb Mo often sings of change, making personal and world changes and how they intertwine. In this song: “I’m gonna to make my world a better place…I’m gonna teach myself how to understand…”

This is yet another Rant brought to you by Finish the Sentence Friday. Our host – who I was so lucky to meet and see how SO BEAUTIFUL IN PERSON she is, Finding Ninee’s Kristi..Sigh. Keep pluggin with the change my friends. Share what you want to change, too, here: http://www.findingninee.com/no-to-trump-education-secretary-nomination/