About Being Kind, About Judgy People, and Relationship Hairballs

At a very young age, I realized, “Everybody’s got something.” The “something” is the hidden battle, the hard bits, that may or may not be public. A secret, a trauma, a disability, a hardship, a “something.” 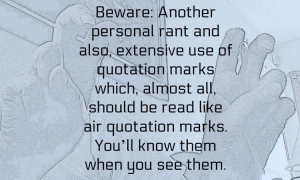 I was a conundrum. My family often described me as “7 going on 30.” I was cynical and had an early mastery of dark comedy. I was a thinker. Yet, I struggled with some very basic, academic tasks. Anyway, these two sisters thought it was ridiculous that I didn’t know my own phone number and sat me down until I got it.

In childhood, I attempted invisibility and was happy with it, but sometimes I couldn’t stop the obvious display that I was, not “like the rest.” This “outside looking in” space is probably why I knew so many of my neighbor’s secrets.  Children often told me their secrets. (It’s not unusual, still today, for people to tell me deep dark things in a manner like I already know… like I’ve known all along.) Secrets I kept and will always keep. Secrets that reasoned their behaviors, perhaps. Even though I was the “brunt” of the teasing or ignored altogether.

Still, I knew then, there was always “something.”

My first year of high school we moved to a new neighborhood. One day, a girl from one of my classes came to my house and asked, “Would you like to go for a walk?”

My walking friend’s high school years were full of stressful situations, learning curves, loves and loss. As were mine. Her stresses were different than mine, but we shared those years like we were holding hands from two different dimensions.

Our senior year, the school gave everyone this weird “stress survey.” I don’t know why.  If 50 were “average” (let’s just say) then she and I both scored about, I don’t know, 250. We assumed that was the case for everyone, because, high school.

Nah. Some of her friends had scores of like, 10.

I don’t know any of those people now. I hope they’re OK after living through an entirely unstressful high school experience. I can’t even imagine…

When I first heard the phrase, “Be kinder than necessary, because everyone is fighting some kind of battle.” I was struck not only by the truth, but also the implication that this battle is not the battle you think it is.

I’ve often written about how my son Marcus, an adult with Down syndrome, is not a “battle” for us. His life brings joy and peace to me, and so many other’s. As one friend put it, “Isn’t it funny, Marcus is the least of your worries.”  I will grant you, past medical hardships were real and present “battles” and I do battle for and with him on points imposed by society, hardships that are outside of our control. 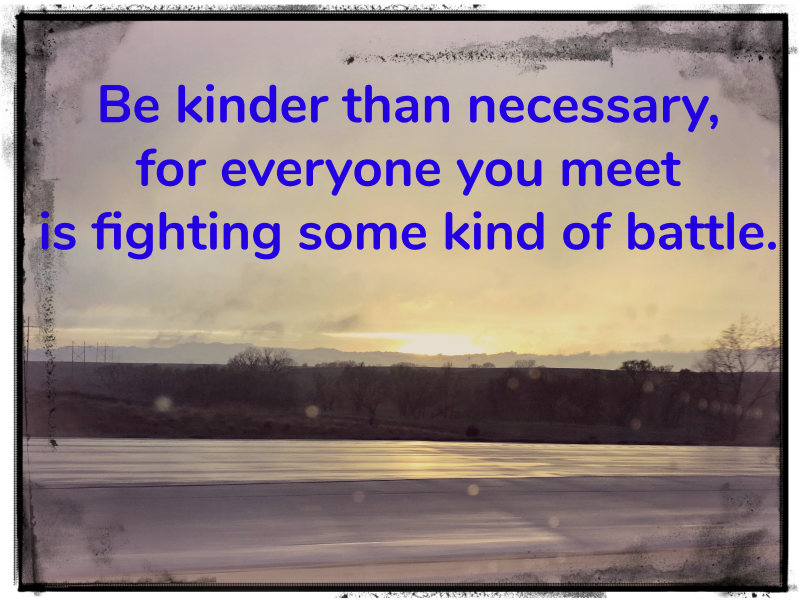 When my mother had her own battle with cancer, my “battle” involved more than her cancer. It involved all of the complexities of our relationship and our past, wrapped up in a giant hairball of her struggles, her needs, and each of our responsibilities – to each other, to our own well-being, maybe even to the universe.

Back in high school, my walking friend said to me, “I think your mother is an alcoholic.”

“Oh…she drinks a lot,” I said, “But I never see her drunk.” (I didn’t live with my mother except in the summer.)

My mother explained to me, “No. An alcoholic has to have a drink at the same time every day. I can drink at any time.” Sooooo….

My mother is a victim of victims, as they say. She has a lot of her own personal “somethings.”

Come to think of it, everything with my mother is, and continues to be, a giant hairball.

I try not to allow other people’s “judgements” – “affect” me. Ha! That’s so cute. It feels ridiculous even writing it.

More accurately, I wish I could get over other people’s judgements affecting me. They don’t know. They. Don’t. Know. What I do, what I can do, what I have done, what I am trying to do…OR any of those personal battles that are, frankly, none of their damn business. And sometimes, there are folks who think they do know. Those are the worst. AmIRight? People who

what you’re going through. So they should definitely be allowed to pass judgment on your actions, decisions, intentions. People who know you (me), people who know (other person in the judgement zone) so clearly, they, in all their compassionate knowledge, are eligible for the judge robe and wig. #AmIRight? OY!

Unless you’re helping me, out of kind determination, to learn my phone number, for example.  Or walking beside me as a friend. You can just take your judgement and…well, put it wherever you’re hiding your own “something” you don’t want to face and leave mine out of it.

Can you believe this started with the FTSF prompt “neighbors” or was it “neighborhood”? In any case, check out the rest of our friend’s link ups here or here.  Have you seen Avenue Q? A mature, well, more aptly immature-yet-not-child-appropriate Broadway comedy that includes puppets because, why not? This song is one of neighborhood, neighbors, ranting, and also sings to my point, “everybody’s got something.” Take a minute and enjoy,

One More Note to the Universe:

Thing is, it does not suck to be me. However, the “real life” hard stuff going on in my family and others close to me right now…it’s not easy or quick to “fix” stuff. About the tasks, and even people, I am “neglecting” because, real life doesn’t allow me to do everything, even when I try, trust me, no one is more sorry than myself that I can’t do or get to it all (and more!). My house is a fiasco, my personal email hasn’t been touched for weeks, there’s always more I should be doing for…everyone it feels. But today, I decided to write (rant), do laundry, pack for my next business trip, shop and cook healthy food to keep my boys going, plus other harder obligations. Tomorrow I will work, then hopefully either spend some time with people who bring me joy or maybe watch BBC to decompress for a few precious minutes, before we hit it all again. I confess, Universe, the judging hurts and affects me and so, I handle and react the best way I know: I write it out. I’m doing what I can with what I have, if you want more, then  “throw me a bone, K?”  Also, Universe, since I know you’re gearing up the storm, thanks for the time to write and prep today, I’ll use it as fuel to get us through the next bits.