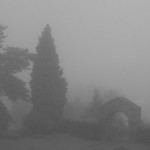 “Yea, as I walk through the valley of failure…”

Failure is often personified in my journal; I feel him catching up to me. He lurks in every shadow. He follows my every step. He whispers threats and omens. I hate that guy. Also, I recognize him, we have tangoed before…

When I think of Epic Fail, well, it’s complicated, isn’t it?

I don’t consider mistakes and failure the same thing; I’ve made many mistakes. I’ve learned from some and just simply recovered from others. Marcus has recently picked up on the catch phrase, “That’s so wrong.” In reflecting over my adult life, and my not-quite-but-thought-I-was-an-adult-almost-adult-life, I made many decisions that were very very so so wrong. A fail is when there is a goal, a quest, a place you want to be (literal or metaphorical) and you fall short or completely miss that mark, it usually is the culmination of many mistakes, I suspect.

When I think of Epic Fail, well, that’s where my adult life began.

Let’s start with the day I graduated high school, the graduation ceremony was at 5:00 pm on a Sunday, and by 10:00 that same night I was entirely “moved out” and on my way to a new apartment, a few cities away, with my boyfriend. To keep this story short, a few years and boyfriends later, at aged 19, I called my father to tell him “I’m pregnant.”

What followed was a very turbulent 9 months (or so) with “morning sickness” that lasted all day and all pregnancy, several moves, and a hospital stay near “the end” that left a trail of clues for the doctors about the little man to come, and left me all the more frightened and yet determined. I was young, sick, and unemployed. This wasn’t the way things should be done. Soon after Marcus was born, I quit college. My boy’s first father, Oy, we took a few years on and off again, including a marriage so that we could divorce. I knew from the outside, it looked, well, impossible to overcome.

I was an epic fail on many levels.

There were countless mistakes along the way as I tried to figure out life. Speaking of life, we at the Grown Ups and Downs House have recently been playing the game of “Life.” (Wii version we got at Christmas, way less setup and cleanup, Woohoo.) I have been reminded of the primary two lessons this game teaches, 1) To “win” you must have money, the most money 2) “Winning” has more to do with luck than anything, ANYTHING, else.

I mention this because there was considerable luck involved in Marcus being born at all. I never had another child, not because I didn’t want to, Oh God I wanted to. But my body, well, it’s a miracle that Marcus was conceived and carried to term. If I had waited until the time I “should have,” there would likely have been no baby, ever. Throw into the mix his #BonusChromosome to a 19 year old momma, a 1 in 2000 roll! 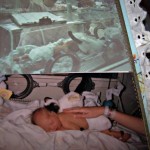 (The internet tells me that) Mark Twain said, “The two most important days in your life are the day you are born and the day you find out why.” My purpose came to me in the form of my son. Any purpose I imagined before his birth was washed away and every purpose after is because of or enhanced by him. All.

It’s just so weird to think that my most epic fail resulted in the love and purpose of my life.

The failure I fear now is so much more selfish, because the consequences are almost exclusively to my ego. I will even choose failure if I need to, in order to make sure Marcus’ needs are met. As I have before. But those failures were not epic.

As I’ve been trying to hash all of this through, and thinking of Marcus 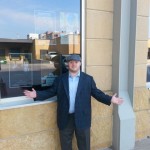 today and his perspective, I’ve reflected that he understands loss, he understands winning, he understands “not making the team,” but he has never breathed an expression that shows any fear of failure. Maybe he doesn’t even accept the existence of failure as a concept. All while I allow Fear of Failure to follow and taunt me; failure does not apply to him, and I think probably never will. At least I hope not. So again, Marcus is the enlightened one and I, I should pay better attention.

So here we sit. The unexpected, often considered selfish actions of young me, surely my most epic of fails, led to everything that is good and right in my world: a generous and loving son who will never, could never, fail.

Thanks for stopping by, feel free to leave a note or for emailed updates, not too frequently, Join the Club Here

***This has been a Finish the Sentence Friday post. Each week, Finding Ninee host bloggers and writers who want to participate in a prompt and make new writer friends.
This week’s sentence is “When I think Epic Fail, I think…”

Hosts:
FindingNinee
Allie of The LatchKey Mom (this week’s thinker upper to the sentence) and
April of 100lb Countdown