A Gift From the Universe to Change the World

My son, Marcus, and I have had many writing sessions and meetings with collaborators at our neighborhood coffee shop, particularly while we were working on his first book for children and the accompanying animated short. We also wrote the speech we gave at the United Nations building there earlier this year. Today I write solo and the notebook to my right has the lyric, “The universe is resting in my arms” (from Nina Gordan’s song “Tonight”) written and circled.

Gordan’s lyric took me back to the hours after Marcus was born, when nurses spoke in hushed tones while a social worker hovered outside my hospital room. Worry and doubt lay over us and between us. There was also, for me, this heavy, encompassing new love that covered and surrounded me like a weighted blanket. This love centered me, calmed me, and motivated me. 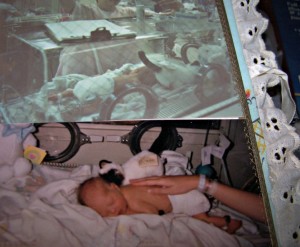 There was a diagnosis, then frantic searching through the few resources we had in a college backpack and searching our own memories for recollections of faces, of people we once knew, of where we had seen this before. This was 1990, before a quick Google search or Wiki. But, one face helped me instantly. Chris Burke. There was a TV show called “Life Goes On,” which featured a character with Down syndrome, and I read the words of Chris Burkes’ mother who said, “Why not?”

Birth stories that are combined with diagnosis stories are almost always a mix of fear, motivation, maybe panic, and most often a deep well of newly discovered, unconditional love. The feeling, when I held my newborn son, that the universe was, in fact, “resting in my arms.”

It occurs to me, this same emotional spectrum, to a lesser extent, is also common when preparing a public speech or performance. Most artists or speakers begin with an underlying love or passion for the subject. Then the fear, motivation, sometimes panic, and finally, sensing the universe whispering…“You got this.” 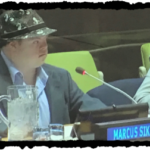 Which brings me back to Marcus and me speaking at the United Nations. To tell you the truth, my goal was simply that neither of us would throw-up. (And if we did, at least not on the live, world-wide, web-cam.)  We accomplished this, and even better, at the end of the day, Marcus said, “I won! I won with the speech!”

Another time I recall Marcus self-proclaiming a win was about four years ago when he auditioned to be a runway model at the annual “Be Beautiful Be Yourself” fashion show and fundraiser for the Global Down Syndrome Foundation. Although Marcus was a young adult, we had never before been in one room with so many people with Down syndrome. The room teemed with people over a spectrum of ages, all milling about, looking their best, maybe nervous or anxious or excited to go on stage and strut their stuff.

The beauty and excitement of it all…it caught in my throat. Each model took the stage with a strut or a dance; many boys showed his muscles and girls struck a pose. I did not envy the judges. That year almost 100 self-advocates auditioned and only twelve or so would be called back to walk the runway in Denver. At this point in his life, Marcus had performed on stage, but never done a model audition. We didn’t know what to expect. He was nervous. I was nervous.

When the auditions finished up and we walked back to the car, Marcus released a heavy sigh and said, “I won!”

No matter what, he tackled something big and new and scary, and frankly, I agree, that’s a win. “You’re right,” I told him, “You won.”

After we got to the car, I took in a deep breath before turning the key and asked, “Marcus, that was really…that was a lot. Can you tell me, what did you feel? What were you thinking, in there?”

“Yeah,” he replied as he pulled his seatbelt across, “Don’t panic.” Click went the seatbelt. And my brain. Then we went to a cowboy bar to celebrate.

“Yeah,” he replied as he pulled his seatbelt across, “Don’t panic.” Click went the seatbelt. And my brain. Then we went to a cowboy bar to celebrate. Click To Tweet 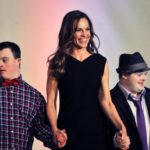 Image from CNN article on the event. Jason Connolly Photographer.

A few years later, Marcus was invited to walk the runway. He walked with another self-advocate, Max Sherman, as well as actress Hilary Swank. Also, between that first audition and his runway debut, Marcus released his first book for children, Black Day: The Monster Rock Band. He voiced the lead singer, Skeleton Pumpkin Head, in the animated short and he travels around the country sharing his story with people of all ages. So, “Don’t Panic” has served him well as his experiences keep taking him further and further, all the way to the United Nations building in March of 2017 for World Down Syndrome Day. Here, upon taking the platform and seeing his name lit up and the audience preparing to hear him, he said, “I like it here.” 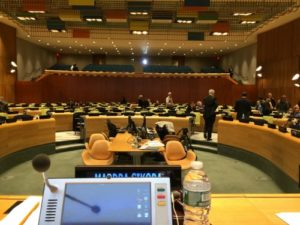 Oh my. What could be next?

Well, I’ll tell you. Next, Marcus has been invited to step up his involvement in the “Be Beautiful Be Yourself” fashion show from model to the ambassador of the Global Down Syndrome Foundation event. This is not only an honor, but also a responsibility, which Marcus embraces. He plans to reach out to help people understand the importance of the medical and advocacy work of Global.

He wants to help people.

He reminds people with Down syndrome to “Do what you want” and believes that, “Down syndrome is fine.” He reminded the listeners in the United Nations building, and people around the world via live web cam, that “Everyone needs help.”

From the moment he was born and still today, Marcus is the universe to me, and all the while he stands to help change the world.

Marcus reminds people with Down syndrome to “Do what you want” and believes that, “Down syndrome is fine.” Click To Tweet 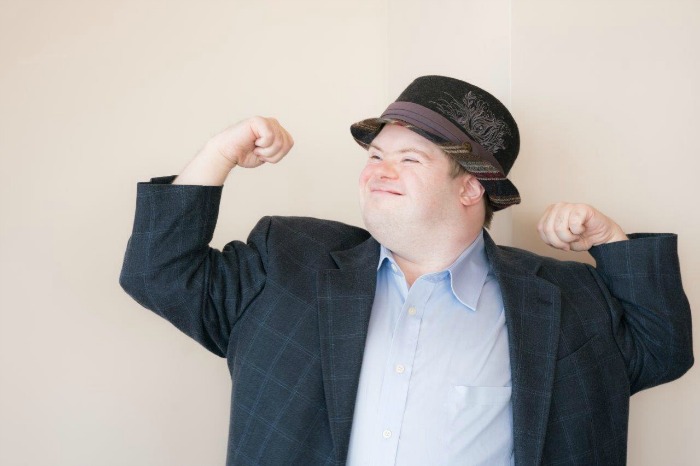 *This post was originally shared in 2016. Since then Marcus has spoken before thousands more people of all ages. He’s still writing and dreaming and teaching.

I’m sharing again today In honor of his upcoming 30th birthday! I have a lot to say about acceptance, but everything Marcus teaches says it best.