folks like Fred Astaire, Warren Buffett, Gerald Ford, Malcom X, you know…the standards we learned in school. It also includes Dave Nelson, a professional skateboarder, Sally Fox, a laywer and politician, and Hallee Leah Hirsh, a young actress who happened to be born at Offutt Air force Base.

How much longer before a young man named Marcus Sikora makes this list? 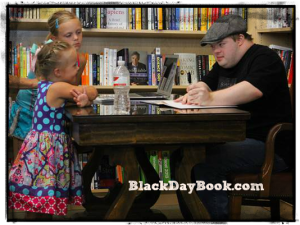 “Marcus Sikora – Children’s book author” is what the article will say, for starters. It may change over time to include, playwright, actor, and “featured personality.” Who knows?

With a click on the link, his official Wikipedia Page will likely detail that Marcus was born in Kearney, NE. That he started preschool in the Omaha Public Schools system, but went from kindergarten to graduation at The Madonna School. Previous to his writing/publishing career he also worked various “odd jobs,” his favorite being in the family print shop, spiral binding books.

It will likely also be mentioned on the Wiki page that Marcus has Down syndrome with a link to their brief, but not too offensive, description of the condition. In a recent interview for an article with the Huffington Post, Marcus indicated, “My syndrome is fine.” And that his book has, “Nothing to do with Down syndrome.” As such, I expect that when the Wiki page of Marcus goes up, the references to the syndrome will be brief.

Marcus’ first book, Black Day: The Monster Rock Band is a fun children’s story that is described by Beth Black, owner of Omaha’s The BookWorm, as a “Unique, but not scary, Halloween story for kids of all ages.” Reviewers of the book have all mentioned the strong themes of acceptance. Marcus calls his main character, Brad, “stubborn;” others have called him “determined.”

The Wiki page may also list Marcus as an advocate. However, that will be sheer coincidence as his passion is as a storyteller. His advocacy comes simply from following his passion and sharing it with others. As I look around the DSA website and Facebook pages/groups, I am certain Marcus is not the only one from Omaha, who happens to have Down syndrome, that has the willpower and talent to make such a list. 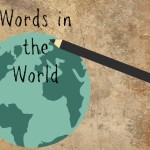 So I change my bet. It’s not only “When will Marcus make this list?” but also, “How many of our other Omaha self-advocates will be listed there as well?” I look forward to seeing you there!

This Words in the World Wed was originally published on the blog DownRightPerfect via the Down Syndrome Alliance of the Midlands Website.