Grown Ups and Downs and the Universe

Did you know I’m writing a novel, or two? I know, I know, so is everyone else. I mention it today because that is why this website and the attached blogs started. Then Facebook (and Facebook) and Twitter and so on. For those of you not in “the biz,” it’s called a platform. 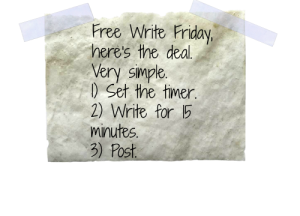 I mention it today because the blog Grown Ups and Downs developed a purpose of its own rather quickly into the game. Yes, I saw what I felt was a black hole in the on-line presence of faces and advocates in the Down syndrome community, an empty darkness to be filled with the adult’s smiles, triumphs, and struggles. Then Stephanie came along, with like-minded goals of filling that void, and The Road We’ve Shared began, further entrenching us into advocacy and education.

Now, this may surprise you, but there are times I go to a meeting or a class and I think, Don’t say anything. Try not to talk so much. I try. I really try. But if someone asks a question, I can’t help myself, I have to answer. And right now – there are so many questions!

Anyway, I’m thinking about this today because I did take a “break” from writing the novels to focus more on my craft. I did this in the form of short stories, instead, and have had a few small successes. I shared one Flash Fiction story this week, here, just because. A short work of dystopian fiction about what Final Exams could actually mean.

So – why don’t I do it all the time?! Well, then there’s what the rest of the universe wants, needs, and desires from me. Responsibilities and all that rot. And also, there are rewards, in their way, for doing everything else and The Innocent Prince has proven to be a long, long process that I frankly did not expect. As Mrs. Muir said in The Ghost and Mrs. Muir, “Write a book!? But…that will take months!” (I almost threw a shoe at the TV there.) For me, much, much, much longer. Sigh.

My timer is running out and I wanted to talk about one of those “rewards.” Marcus’ mini-fame on Facebook yesterday. If you are on Facebook and didn’t see this picture, please check it out and continue to share. So far we’ve seen several people share and lead others to Grown Ups and Downs from around the world. Really. It’s very cool to see. Of course I am scared about all that, too – but the timer has run out so we’ll leave it at this.

What is the universe calling you to do today?