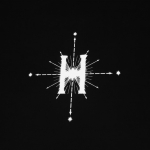 “So, anyway, about Harry Potter…”

When Marcus wants to veer the conversation, his go-to sequitur is “So, anyway…”

After we saw Harry Potter and the Cursed Child (Parts One and Two) we discussed and dissected the show during the break, at dinner after the show, the next day while on a boat tour, at the airport, and back at home with Quinn.

This isn’t really a review, more a reflection of Marcus and my impressions and the day of theatre we experienced seeing Harry Potter and the Cursed Child in London. 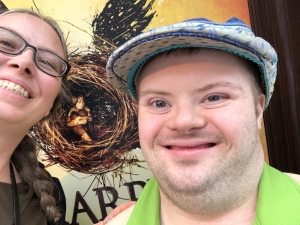 Added to Our StoryTelling Pillar Analysis

Those who follow Marcus’ story and theatre analysis know we dissect stories, and individual character story arcs, into five main pillars: Set, Adventure, Conflict, Truth, and Jokes. During the break, I had an epiphany, and suggested to Marcus we were missing one: Scary Part. We tried it out on a few of our favorite stories, and yup – each memorable story has a critical and important “scary part.”

For those not familiar, Harry Potter and the Cursed Child picks up on the world of Harry Potter, 19 years after the final battles of the 7th book. Really, it picks up pretty close to the closing scene where we saw Harry and Ginny sending their middle son off to his first year in Hogwarts. Albus Severus Potter. No pressure there… 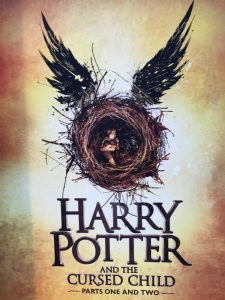 We were told, by a few people actually, they didn’t love the book. Some of those folks didn’t realize ahead of starting that it’s actually a script, and if you’re not used to reading scripts, it’s…different. BUT, it won the Tony Award for Best Play this year – so, there’s that, right?

Just saw both parts of Harry Potter and the Cursed Child on B’way (@HPPlayNYC) and…wow. It is to plays what Hamilton is to musicals. Stop what you’re doing and see this magical show. Poetic, dramatic, respectful, exciting. The cast is sublime. Must. See. #gobsmacked pic.twitter.com/OCgz32fCC3

Here was our line-up for the day: The theatre requested folks accommodate by arriving one-hour early, in order to make sure there’s plenty of time to get through security and lines and restroom breaks and drinks….there’s a two-hour break between parts one and two, then add to this the walk to and from the theatre, about a mile each way, each part ran about 2.5 hours with a short intermission, add this all up and it equals a 9-hour day for a theatrical experience. Not for the faint of heart.

I had my concerns about this both for Marcus and myself. Once the show started, however, we were enraptured into the Harry Potter world and time took on a new life of its own.

At the end of Part One I was…shaken.

OMG – Part One. Those effects! @MarcusMusical and I are impressed. Shaken, even. pic.twitter.com/s42WoGTEFE

The second part kept us riveted (and me a little emotional) and through it all – great effects!

What Marcus and I call “Theatre magic” created seamless, impressive moments. Talking books and the flying dementors wowed Marcus the most. My favorite effects included telephone booth portals to the ministry of magic and the use of Polyjuice potion. Characters changed into other characters at the front of the stage with no CG involved – very nice!  Oh Oh Oh! and I loved the use of water in certain scenes, too.

What House Are You?

A few years ago, Marcus and I took a very unofficial on-line sorting hat quiz and he and I both came up Slytherin. Marcus has denied this Slytherin sorting at all times, but now, because our main two characters of this adventure, Albus and his best friend, Scorpius Malfoy, (Yup, you read that right, a Malfoy) are in Slytherin house, Marcus came around and now even wears the house colors.

One Set of Pillars From HPTCC

I will share with you the story arc pillars for Scorpius via Marcus.

Adventure: To go to Hogwarts and be in house Slytherin

Truth: Be Brave, Be brave for each other

Was the long day worth it?

So, there you go.