Who else heard as a child, “In or out!” As the screen door banged against the frame for the umpteenth time?

Why did we rush back and forth so many times? Drinks of water or Koolaid? Bathroom?  Just to take a minute to cool off from the hot, humid air? One more toy, prop, or idea?

This is firmly a “grown-up” attitude. One or the Other.

Remember the days when you would flit between ideas, between worlds, between ambitions? Then came the applications and classes and cubicles that narrowed their eyes at you and said – pick a door. One Door.

Of my regrets, one is following this line of thinking for too many years. So when I have occasion to work with children, other young people, adult artists, and allies, I try to break the mold this thought process creates.

Yes, if you are passionate and invested, go in and in, to the next door and the next and the next. Yet, if you are a novice, undecided, or just curious, it’s also OK to go in, then out. Try another door. Go back. I disagree with the idea that “going back” equals stepping back. Going back can be about learning or looking for another pathway. There’s no reason to lock the door, just because you’ve passed through it once.

Recognizing doors as opportunities, finding those that are camouflaged, knowing where the next door is…options.

I’ve advised many a colleague and friend, “You can leave through the door or you can break through a window. However, the door may allow you back in.”  Similar concept to “don’t burn your bridge,” while also recognizing, sometimes we break windows and create our own exit.

Someone’s Knocking at the Door

This song has been on my mind a lot lately, just drifting into my consciousness and I hum along.

There are many ways we knock on the door, does it take someone else to open the door to let us in? Most of the time, yes. A new job. An accepted story. A handshake. An introduction.

Inclusion is an Open Door

There is a giant wall separating the typicals and ableds and the disabled. It is sky high and spans the globe.  In places, the wall keeps out any hope for interaction, growth, or connection. In other places, the wall seems like a fence, it separates, but both sides are visible. There may be gates, but only the ableds are allowed full access.

And in still other points, there is a crack. A sliver of an escape that is an open door to allow movement, in or out. A person with disability passes through to work, play, and live on the other side. Many find this person “inspirational” for the mere attempt at living a full life. 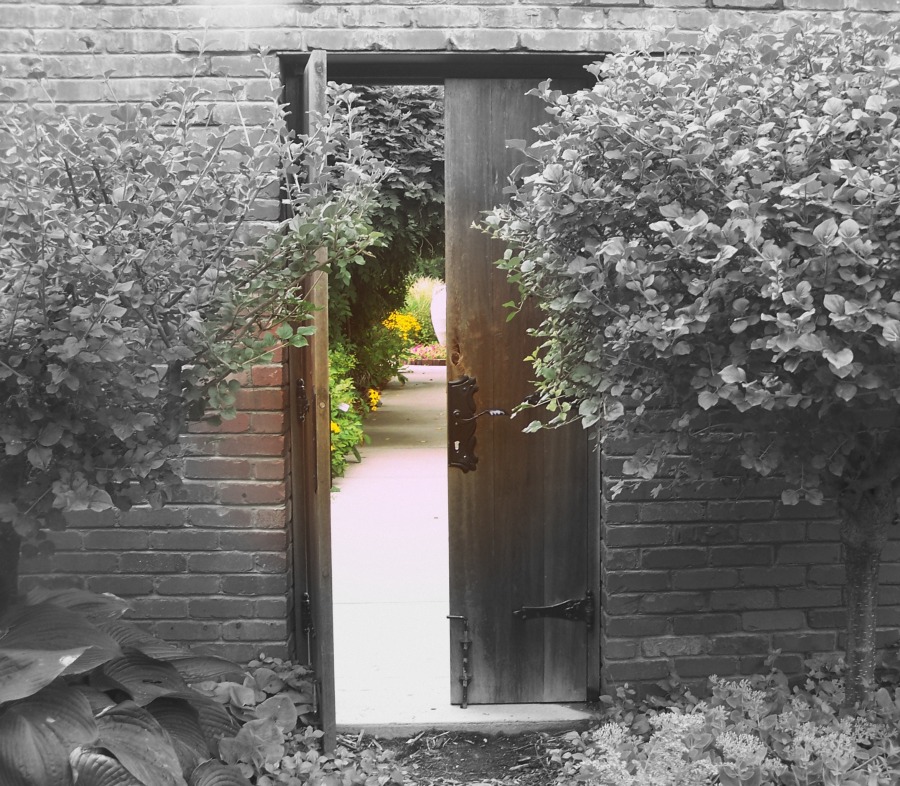 The door exists because of the work of many. People on both sides of the wall scraped, kicked, and hammered to carve that space. Often it allows for a singular exception, years and years and years of work, allows one person through an open door.

Until the next round of allies and self-advocates begin to scratch and kick, until another one or maybe two slip through. Eventually.

It’s not cheap either, the time and the materials, it takes money to tear into that wall. It’s not just determination or brute strength, no, sadly.

And yet, money alone can’t do it either. There’s a balance of who can be seen, the work itself, the materials, but eventually, the right combination may crack the wall.

Often, a “well-intentioned caretaker“ (As they like to think of themselves) comes along and seals the cracks, fills back in the spaces. And then, a new round of tearing down barriers has to begin again.

It’s frustrating. It’s frustrating for those who tore into the wall, hoping it would allow for a flood of change when all that work equals a trickling. Too often I see a social post from the mothers/families still fighting for the rights of their children to be included, or even recognized, it’s heartbreaking and infuriating. Still?!? Why?

Those behind the wall who are kicking, or bashing, or crying for their rights as humans. There are so many heartbreaking circumstances of humans kept from inclusion, support, even comfort. In my own country and all over the world.

I am so proud of the many advocates and allies I know who have pushed holes into the wall.

Our community continues to crack open spaces and shine a spotlight on the few, the oh so few, who (from the work of many self-advocates and those around them) mix among leaders, among typically developing peers, among employment and play communities.

We spotlight it to show possible, potential, acceptance. We spotlight it because it is still, really, so few. I celebrate the achievements and the cracks in the wall. I do.

This year’s Coor Down video calls to action that there is so much more to do. A whole world more to do.

This year’s Coor Down video calls to action that there is so much more to do. A whole world more to do. @CoorDown Click To Tweet 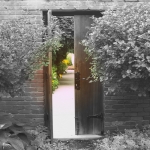 This week we are writing to a photo prompt: “Open Door”- join us in the Finish the Sentence Friday Loop. Where does this photo take you?  What doors have you walked through? Where does the open door lead?