Sometimes Opening Minds Is Best Handled as a Soft Sell… 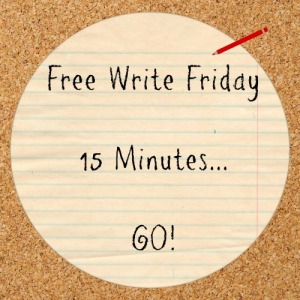 Welcome to a #TBT (Throw Back Thursday) of a Free Write Friday,

Free Write Friday is where I let loose on the reins and just type for 15 minutes about what I’m thinking and what’s going on. This post I am sharing today was originally published one year ago, Sept 4, 2015, just as Marcus and I were gearing up for the Big Book Tour. SO, step back in time with me:

So this week I wrote “Marcus isn’t selling Down syndrome.”

I’m still thinking about this. And writers, and artists, and models, and public figures, and…frankly, it’s overwhelming. Whereas most artists want to create and facilitate connections, it’s still one person’s perspective. One person’s view of the world, which then goes out and is seen through approximately 8 billion different filters. Pretty amazing really.

I’ve been thinking that I should clarify, again, that Yes – I do have a motive of sharing Marcus and his story(s) in an attempt to open the eyes and maybe change the filters of at least some of those 8 billion people. It’s Marcus who doesn’t have that agenda. He could give a —- about all that. And it’s his book, and his story, and well, I work hard to be sure that what is my perspective is clearly labeled as such and what he wants to say and do is done and said as the first priority. 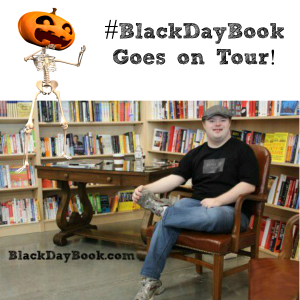 I dunno – it’s such a huge undertaking, this whole thing and I…I’m learning. Every “booking” has to get Marcus’ approval. He says he wants to “Teach the kids Black Day Book.” And he wants to “Tell the news.” We may be including a children’s hospital in our “tour,” he wants to “help the kids.” *Sidebar* The Events Page is filling in nicely and Stephanie made a pinterest board, too, cause she’s cool like that,  so if you’re into that…:)

I love – LOVE SO MUCH – the pictures folks are sharing to our Facebook page of their kids reading Black Day. That. That is awesome.

I’ve got this bad habit of stalking Black Day: The Monster Rock Band

on the Amazon page. One week Black Day got up to #9 in Children’s Halloween Books, that was very exciting! Then it dropped way down, scooched up, and back down. Today it’s at #198.

I shouldn’t stalk it.

I never look at my own books ranking.

OK – Already the timer is winding down. So, we’ve got the big push now ‘till Halloween, then there’s Christmas. I had so many plans that I haven’t fulfilled, and so much more to do both for this “project” and for my own “projects,” and historically the autumn slips by in a blink. Then of course, there’s the New Year and, hopefully, another, and another.

Today I had a conversation with a real, live, person that was reminiscent of Dawkins words from last year. This person commented on how Marcus’ storytelling talent and imagination, and how this was amazing to him because, basically, he had never before thought  it to be possible. (He had read about Marcus and I in Sat.’s paper.) He said he “understood,” in some way, “the talents of people on the spectrum who have great intelligence and high IQ,” but this…Marcus’ talents…this was a new concept to him.

In some ways, this goes back to point A, I felt a teeny victory. I felt like we had opened this man’s mind to the fact that someone without a 165 IQ also has a voice, has talent, has gifts to share. I didn’t argue any point, I didn’t have to; I just shared a peek into Marcus, and this man was left to consider the possibilities. So there’s that.

I just shared a peek into Marcus, and this man was left to consider the possibilities... Click To Tweet

OK – I cheated a little – we ran over 15, but it’s still short, sweet, and random. Thanks for stopping, feel free to leave a comment, and for updates, not too often, Join the Club Here.