The Least of my Worries

Well, kind of.  Inspired by a few things: 1) today I (finally) put down a bearable draft to the prompt “My Challenge.” It was either ironic or apropos that I struggled with several starts in that one. 🙂 When it’s up and live I’ll be sure to let you know.  2) Downs Side Up has graciously invited me to her link-up and I can’t show up empty handed! So, this is what I chose. It’s short and sweet and though I wrote it last Sept, the essence of it continues to hold true.

Let’s talk about ME and the last few weeks. In the last month, my stepfather got very ill and had to be hospitalized for several weeks, during which time my mother was officially diagnosed with Alzheimer’s disease . Which, she calls Old-Timer’s disease. And I had to step in as primary caretaker. My husband, well short version, is now unemployed. Part of the family business sold, the part that I played a role in as a 4th generation member for about 18 years, but now it’s all grown up and has to move on…

I guess that’s not too much, really. Putting it all into three short sentences makes it look barely worthy of my reactions.

The point is this, the comment a good friend of mine made several years ago still holds true,

“Isn’t it funny? Marcus is the least of your worries.” 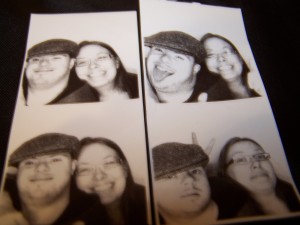 The first few years of Marcus’ life, they were trickier. There were specialists and teachers and all kinds of people with their hands in our world. After heart surgery, then choosing the Madonna School, everything with Marcus got easier. We got into our groove. We just lived life and he’s the easiest part of it.

And we have our own unique habits too, Broadway Lists, Writing Books*, Recording Sessions…

Thank Goodness I have Marcus or my world would be totally crazy!