Lesson from the Inside Out Week

Last Sunday I got one of those calls that turn your life inside out for a while. It, fortunately, did not end in tragedy – just chaos for my plans.

Ahhh plans. Such a neat idea. 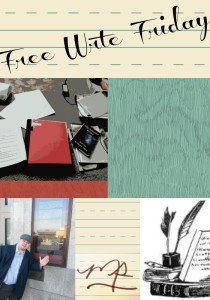 In the interest of only 15 minutes for the Free Write Friday, I’ll skip to the short version which is that I have been helping my mother every day for the last week, mostly staying with her overnight and transporting her to her husband, who is in the hospital. Also, that this is going to have to continue for at least a few more days.

This all wreaks havoc on plans, work, writing, my sleep, and so on. That said, I tried to look for the lesson. To be honest, that’s been a challenge. Then, as I went into the grocery store, a zombie from the lack of comfortable sleep and wear on my nerves, I remembered the quote:

“Be kinder than necessary for everyone is fighting their own battle.”

(I originally saw this attributed to Mother Teresa, but have since seen many others credited.)

Isn’t it the truth? And what has always struck me even more is that the battle is often not what you think it is. People don’t always wear their real battle on their sleeve.

I was at a writer’s event a few months ago and enjoyed sitting with a palm reader over the lunch session. In conversation she mentioned that I carry a lot of “baggage” that I need to let go and that I worry too much about the future. She knew, from our previous conversation, that I have an adult son with Down syndrome. There was mention of relationship struggles and worries, and she said something like, “I’m sure there are concerns with your son, but-” at which point I cut her off. “No, these lines are not from my son. My hang-ups and worries come from others, not from him.”

As I re-mentioned last week, He’s the least of my worries.

Anyway, as science picks up steam with its Alzheimer’s research, there is new interest in studying the brains and science of people with Down syndrome. There are connections being discovered and who knows? Maybe these connections will lead to better prevention or even a cure. I keep meaning to share more about the Alzheimer’s Down syndrome connection, maybe this resurgence of interaction will  inspire me.

And the timer. What was your lesson this last week?