Tips from Marcus about Dealing with Death

Among all the good and even awesome stuff going on for my family right now, there’s also hard bits, deep loss, and some just…yuck. Because, life. In the awesome stuff category, Marcus gave a keynote presentation early in June and frankly, he rocked it. We talked about a “Community of Can” and if you want to know more about this, click over here. Also, we have fun, exciting plans for the summer and Marcus already has some excellent opportunities lining up this fall. Yea!

Still, Life. And Death. So, today I’m going to share a little about loss and what Marcus teaches me about how to deal with death and grief.

With this blessing has come the inevitable…loss. 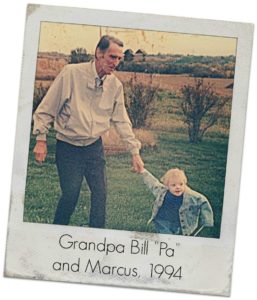 One of the earliest was a sudden, deep cut.

Our first big loss came when Marcus was about 4 years old, still very small. Grandpa Bill (Marcus’ great grandpa) died suddenly of a heart attack. Marcus adored his Pa (mutual, of course). It was such a shock to all of us, because Pa simply left for work one day, then did not come home. Although Marcus was quite small, I tried to impart what death meant, for us still living.

I picked Marcus up to see the open casket, I told him to say goodbye. I told him that Pa was gone.

The joys and losses that exist within each minute continued.

I’m proud that if Marcus hears someone talk of death, he immediately says, “Oh. I’m sorry to hear that.” That kind and polite response demonstrates maturity and consideration. As Mom, I think I can take a little credit for that.

Also, Marcus is diligent that the first drink after the funeral (Which, if possible, is a quick bar stop between the funeral and the church “luncheon”) is a toast to the life of the person we have lost.  Right or wrong, see the “no judging rule” below, these are things I’ve taught Marcus about how we deal with death.

That’s where my credit ends. Now Marcus teaches me about how to deal with death.

You can cry when you get the news. Big, Ugly Cry if it’s in you.

I got the call from a state patrol officer when my Grandpa Bill was found a block away from his home. I took the information, hung up the phone and screamed in sorrow. One loud scream. Then I took a deep breath and went to my grandmother. I spent the rest of the day making the calls and helping with arrangements.

Our most recent loss

Early in May, my mother’s husband, Grandpa Gene, died. Gene’s children and I knew the end was coming. My mother knew, too, but refused to show it. Until she did.

Gene was so sick, for so long. He put up such a fight and wouldn’t let go until…he did.

I am thankful that I got to kiss him goodbye one short hour before he was gone from us.

I received the word that he died while I was at the airport, headed out for a work trip. I called my mom. Then sent a text to Quinn and made the other arrangements in my realm before boarding the plane. Silent tears streamed down my face in the corner of the airport bar.

When I got to the next airport (layover) I had a photo and a text from Marcus.  The photo was him crying and the text said only: MOM.

Ah Geez. Break my heart why don’t ya.

So, I called from that noisy airport hallway. Marcus told me he was sad. I’m told he had a good cry with Quinn and he told me was “Okay now.”

There are some emotional expressions that I worry Marcus suppresses or avoids in an attempt to make everyone else happy. (I don’t know where he gets it.) When it comes to grief, we remind Marcus that we are all sad. It’s OK to cry and be sad. Each of our recent losses, he has allowed himself a really “good cry.” He’s smart that way. 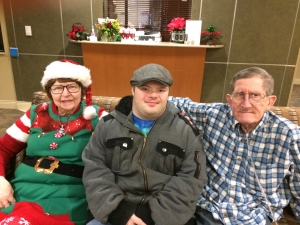 Where Marcus really nails it, though is in step two.

Help the One who Needs it Most

Three years ago Marcus’ Great-Grandpa Cooper died. Grandpa Cooper had a special place in his heart for Marcus and Marcus knew it. Grandpa often included Marcus in his prayers and thanked God for sending him to us, to help us and teach us.

There is certain etiquette at the funerals. Marcus doesn’t care about that. When Grandpa Cooper died the first thing Marcus said was, “I’ll take care of Grandma.” And he did. When the family lined up to enter the church (weird opposite of wedding march, but whatever) Marcus took his place by Quinn and me, in the line-up. But when it came time to sit down – he scooted up to the front row next to Grandma. Why? Because she needed someone to hold and pat her hand, he was there.

Funerals are for the living.

I believe, “You can judge people at a wedding, but never judge anyone at a funeral.” Dealing with death and grief is so incredibly personal. As I explained in “Legacy of Love”, I’ve been to a lot of funerals. Many for people I didn’t even know. Some families weep openly, some stay stoic. Some sing to celebrate life, some wail at the loss of death. Culture plays a large role in how we handle death.

At Grandpa Cooper’s funeral, Marcus also decided to get up and sing with me. And then, at the end the song, he punctuated the moment with: “Aflac!” Some may have been mortified at this lack of…decorum. But my uncle at least felt that his dad, Marcus’ Grandpa, would have smiled at that.

Most recently, he took the arm of his Grandma Sam, when she needed a kind soul to guide her through Grandpa Gene’s Funeral. “I’ll help Grandma Sam.”

Though we all grieve, his first mission is to help the person who needs it most, in the time they need it most. We can all learn from that example.

Note: Helping another doesn’t mean neglect yourself or your own feelings. When Marcus’ Abuela died, we chose to honor her life in our own way. We chose not to attend the funeral which would (I assume) have been attended by those whose lives and decisions often proved to be the antithesis of all she was to Marcus. No, Marcus and I chose to help each other with the loss in our own way, instead.

The next lesson is ongoing.

While Marcus and I were on his first book tour, about a year after our friend Captain Kevin Nicholson died by suicide, Marcus told me, “Tell Tom we miss Kevin.” Tom is Kevin’s dad and, well, since Marcus is always right on these things. We sent a small card. To be honest, I never would have done this without Marcus’ prompting, yet acknowledging the life of someone to those who loved them most, is…important. Marcus was right.

Grandpa Gene died a month short of his birthday, so a few family members met at the cemetery and let off balloons on his birthday. It was a short and simple ceremonial. Marcus sang “Happy Birthday to Grandpa Gene” in the car as the balloons headed across the sky.

This isn’t just about people, pets too. Marcus often talks about missing Tonja, the dog from his childhood.

Marcus talks to others and to himself about those he’s known and lost.  This is natural and healthy.

Marcus has a very clear picture of Heaven in his mind. He is a more religious-minded person than I, and this gives him great peace when someone dies. It also gives others peace when he voices this vision. For example, there was a picture at Gene’s funeral of him and his father-in-law, Marcus’ great-grandfather Tom. Marcus said, “Now they are friends in Heaven.” It’s a comforting thought, both of them smiling again with their arms around one another.

I think these images are the key to Marcus’ acceptance of death.

He does have one rule however, “Stay away from my girl.” Because he’s got dibs on Marylin Monroe once he arrives. This doesn’t mean he’s in any hurry, a few years back he confessed after seeing news of the terrorist attack in Boston, “I’m afraid of death.” I am too.

Frankly, I’m not cool with death.

Grief is confusing. Because it hangs on and interferes in unexpected ways. What makes me the angriest about grief is that it lays over and among everything else, like a heavy darkness that can’t be ignored. Also, for me, I’m not sure that grief can be worked through, instead it’s just lived with until it’s a smaller portion of the energy pie scale than the joy, or even just smaller than the day-to-day. Never gone, just outweighed.

Through it all though, Marcus is the wise one. Again. We can all learn from him.