Marcus is an author who has Down syndrome. He is a self-proclaimed (and proven) storyteller. As authors, we are taught; “People don’t buy books, they buy stories,” and sometimes these stories include the story of the author. Plus, in social networking and marketing we are taught, people don’t “like” an organization/website/whatever-you’re-selling, they “like” a community. People “like” being a part of something. Consequently authors, especially new authors, have to start with who they know.

Our community is full of people who, as Marcus says, have a “face like mine.” However, Marcus’ book, Black Day: The Monster Rock Band has, “nothing to do with Down syndrome.” (His point for an interview with Kari Wagner-Peck in the Huffington Post.)

So there is no arguing that point. Themes of acceptance and determination weave through the story. Did these themes come up because Marcus has Ds? Or because these themes reflect the human, and in this case occasional monster, condition that we each face as we go through life?

Fortunately, other people with Ds are currently getting some good press, particularly models and folks in advertising, thanks in large part to the Change the Face of Beauty awareness and call to action campaign. Floating through the interwebs are opinions and opinions (and opinions) about this press and its consequences.

I can’t speak for the newly famous Madeline Stuart or Gloss Girl, but I’m pretty sure that this new contract is about selling…cosmetics. Similarly, last year’s back to school campaigns that included Natty and Izzy were about selling…kid’s clothes.

I think when Chris Burke fronted his folk band he chose to sell his music and good times and when Jamie Brewer worked on the set of American Horror Story, she sold her acting chops. And this list goes on, and on, and on…

Yes, I  hope that Marcus and his talents and his voice does help to raise acceptance, however, this was/is not my/his/our primary motive. The top mission is to bring this great story of a monster rock band to children, well, around the world.

I celebrate the successes of people with a “face like Marcus.” I want more diversity in front of the camera. And also behind the scenes, in neighborhood jobs, churches, schools, and libraries. Let us remember, through all of this, each advocate works best when we (the watchers) allow him/her to be the individual he is and to honor her unique attributes. To embrace diversity doesn’t mean homogenizing a person into the sameness of media/society expectations. Embracing diversity means enabling each to person bring something special to the group, maybe even something that cannot be duplicated.

It’s OK for us to celebrate a person with Down syndrome’s public and exciting wins. It’s also important we recognize that, just like the person you may know and love with Ds, these advocates are unique with their own goals and strengths and if those align with yours, great. If not, OK.

That’s what I think about that. What do you think? Feel free to leave a note and for updates, not too often, join the club here. 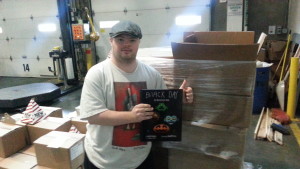 Marcus with the first shipment of books.

*This was originally posted in September of 2015, the year of the release of Black Day: The Monster Rock Band. Since then, we have had the honor to meet Ms Stuart, in fact there was even a fabulous event where Marcus and Madeline danced the night away!  Also, since this writing, I have learned more about the characters of Black Day (back story you could say) that I didn’t know before. That, friends, is for another day. Today we share this again as part of Down Syndrome Awareness Month. And also #BlackDayBookMonth! 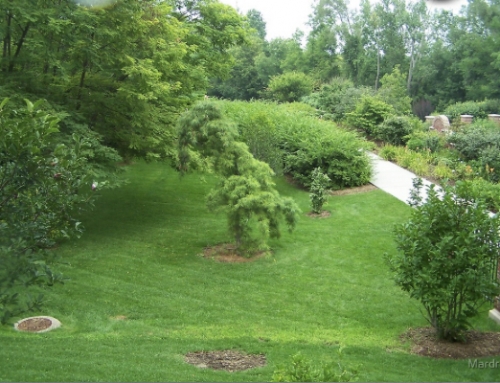 What I’m smiling at these days

What I’m smiling at these days