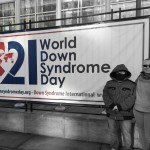 SO it’s already been about two months since WDSD. I took notes, as I do, while we were there but I also wanted to stew in them a minute, simmer into my consciousness a little from life in the city full of every language, highest of highs and lowest of lows, decadence, poverty, and the arts. Our trip kicked off with March 21 at the United Nations, listening to advocates from around the world; It was amazing and I shared my wrap up of that day

It was very sweet of the UN to be in NYC, the home of Broadway, so of course, we stayed extra. Plus one of our friends flew in to join us those last few days for what we called, “Broadway Camp.” 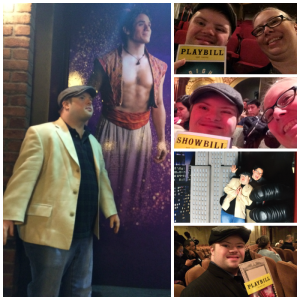 This is a trip we’ve been planning for a while and we made more than the most of it. Before we left, I told Marcus we would see 4 shows. (FOUR BROADWAY SHOWS!) and his immediate reply was: “What about five?”

And then, we did. We saw five incredible shows. Marcus’ imagination has been lit…again. Plus he’s recognizing elements from show to show, and dropping these into his pool of ideas. I think he’s stirring up something new.

He saw a taxi with the advertising space on top empty and white (you know, where there is usually a show banner or restaurant advertising). He proclaimed – “There! For my musical.” Again, seeing the spot where the ad for his own show will go. Also, there will be playbills, and paper advertising, and billboards, he let me know.

The shows we saw reminded me of the endless possibilities to theatre. Here’s one thing, some of you have heard me say that when Marcus tells me his “Broadway List,” the latest script and show dancing in his mind, sometimes the show is a little…out there. And I think to myself, this is too crazy, no one will ever go for this. I don’t want to give away any spoilers for other theatre lovers in our audience, so let me just say, we saw shows this trip that make me realize – Nothing is too out there.

I am constantly having to remind myself to follow Marcus’ imagination where ever it leads because, people crave new takes on every good story. So, what’s his next story? We’ll see.

The last night Marcus and I were there we went to dinner at BB Kings’ restaurant, Lucille’s. There was a Motown band and we sat in the very back, last corner table. There was a long table near us celebrating a birthday party. 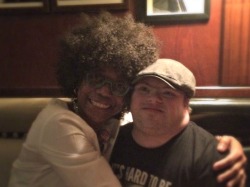 A gathering of family and friends, mostly women. Marcus, being in the range of the camera shooting pics, smiled like he was part of the party. So, soon, he was.

He danced with them, he hugged them, more pictures…the last song of the set was “Love Train.”

All the world should get on the Love Train – Marcus may very well be conductor.

All the world should get on the Love Train – Marcus may very well be conductor. Click To Tweet

We waved goodbye and the lovely party said to me, “Thank you for sharing him with us.”

They were from Brooklyn. Lovely people.

From NYC we went to NC to spend a few days doing laundry and I worked from a friends house, then we went on to Orlando, for a work conference. That’s were Marcus had a chance meeting with one of his inspirations, Alice Cooper, check out that story here in “Worlds Collide- With Pictures.”

Since then, it’s been all GO. As is the custom in the Sikora house. June is Marcus’ Birthday and also #BlackDayBook Birthday – can you believe it’s been a year? OY! But I’m wandering off point.

Wait, what is the point of today’s blog? It must be these 3 Lessons Marcus Teaches –

3) “People all over the world (everybody) Join Hands (join) Start a Love Train, love train!”