Notes about Marcus from this week

Marcus had heavy dental work done this week. He was 3 hours under anesthesia, had caps put on, cavities filled, and 4 teeth pulled.  I’m sad and guilt ridden about the teeth pulling (and the rest as well, to be honest). I won’t bore you with those details today, I promise to bore you with that later. Well, maybe not promise, so much.

I’ve discovered in passing conversation that a few people I know actually do read this blog. So in deference to those checking in, here are a few brief notes from the day.

We practiced with the wristbands. He was brave, yet anxious.  His stress levels about both the wristband and the IV went down after the valium kicked in. Yea Valium!  *PS – don’t try to mention valium in the comments, you’ll be spammed out. 🙂

Broadway to the Rescue

While Marcus was getting IV’s and waiting for doctors and undergoing general preparation, we were fortunate enough to be in a room with a DVD player so Shrek The Musical played and distracted as necessary.  Also, it meant that shortly after the valium kicked in and they came to gather him, he sang a bit of Broadway while being wheeled out of his room towards the surgery rooms.

With a swollen cheeks and even a little blood at the corners of his mouth, he is in and out of sleepiness –

Though for the record, when asked, he was not tired. –

He so sweetly said, “Thank you to the doctor and the nurses.”  Oh my!  At this stage in my surgery process I am not generally thankful. Sigh. What a good boy.

Two of the pulled teeth were front bottom teeth.  He’s a bit bummed and concerned about that.  We may pursue a “bridge,” we may not, we’re going to let his mouth heal first and work on keeping his other teeth healthy before we look into those options. 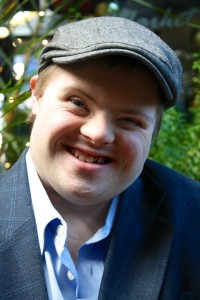 As long as he keeps his SMILE

Maybe it’s my own vanity talking, but that’s important to me.

There are more lessons to shared from both this day and preparing for it; we’ll leave it at this for now.  Thanks for stopping by, feel free to leave a note you were here or  for emailed updates, not too frequently, Join the Club Here.