In 5th grade I learned a little about genetics. We took that traits of our parents, for example the color of their eyes, and made charts which showed, via recessive and dominant genes, how our own genetic makeup must look. At that stage of the game, the science taught to us was simple: every explanation for every trait came from the match up of my parent’s genes, then their parent’s genes, and so on. The whole thing seemed pretty straight forward, much more like a math equation than natural science.

Years later, far outside of the classroom, I learned that the human condition is much more random and amazing than that. At 19 years old I learned, for example, that sometimes a person has 47 chromosomes instead of the 1 to 1 match of 23 from each parent. There are a few trisomies that can occur at conception and they each have their own set of concerns and correlating conditions. 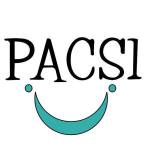 Genetics is more than counting chromosomes, however. There’s an entire medical field that also does Exome Sequencing. “Exome sequencing is a technique for sequencing all the protein-coding genes in a genome (known as the exome).[1]” Clinical genome & exome sequencing tests can establish a diagnosis for “rare and clinically unrecognizable, or puzzling disorders that are suspected to be genetic in origin…The interrogations of variation in about 20,000 genes simultaneously can be a powerful and effective diagnostic method.[2]”

In today’s age of specialists, a diagnosis is important for the doctors and professionals to wrap their brains and follow-up actions around a plan. Without a diagnosis there is more head scratching than action, more frustration than hope, and definitely more questions than answers. Yesterday I rambled a bit about diagnosis, it can box us in and also empower change, both.

Is any of this new to you? 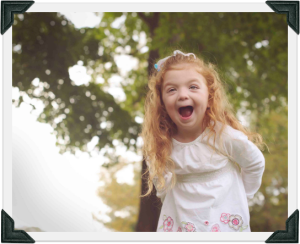 She has a genetic condition called PACS1, and today is the first PACS1 Day! At this moment there are 20 documented cases of PACS1. But no one believes there are only 20 people living with this. No way! These 20 families have decided that other families who are looking for answers, hoping for a diagnosis and the consequent support, need to know more about this discovery. Bridget’s mom, from the newly renamed “Diagnosed and Still Okay” blog explains more:

PACS1 is only detected by DNA testing. Bridget had EXOME sequencing done in the summer of 2014. If you have a child who is a medical mystery, I highly recommend finding a physician who will explore all options. Including EXOME testing. PACS1 does not really have “symptoms” rather there are a lot of commonalities in the children. For example:

– Round “button” nose with a flat bridge

Other common traits that may be seen:

PACS1 has no cure. With therapy (a lot of therapy) children can break whatever limitations placed on their potential. She adds:

We were told that Bridget would never do more than sit in a corner. She has come so far, much farther than that doctor I still want to punch in the nose ever expected.

If you or someone you know needs more information about genetic testing, there is a great booklet resource here from Global Genes. Two families who have children newly diagnosed with PACS1 have articles about their experience so far here on Rare Daily. Also, to help know more and be a part of spreading awareness, there’s always a Facebook Page. 🙂 So today we join with others in the Google Battle to grain attention to PACS1, in the hopes this will lead other families looking for their answers to a place of knowing, community, and being OKAY.

[1] From our friends at Wikipedia