Picasso paintings are too much, too much for me.

The sharp edges, the abrasive color pallet, the brash tones and raw emotion. It provokes unpleasant, thorny, sensations under my skin; his work aggravates my nerves. It is valid. But not an experience I enjoy.

I prefer the works of the realism periods. One of my favorite paintings is called “Elaine.” It’s so evocative. The moment I saw it, I felt part of me slip away onto the dark beach of this other world, my heart ached, my breath caught… 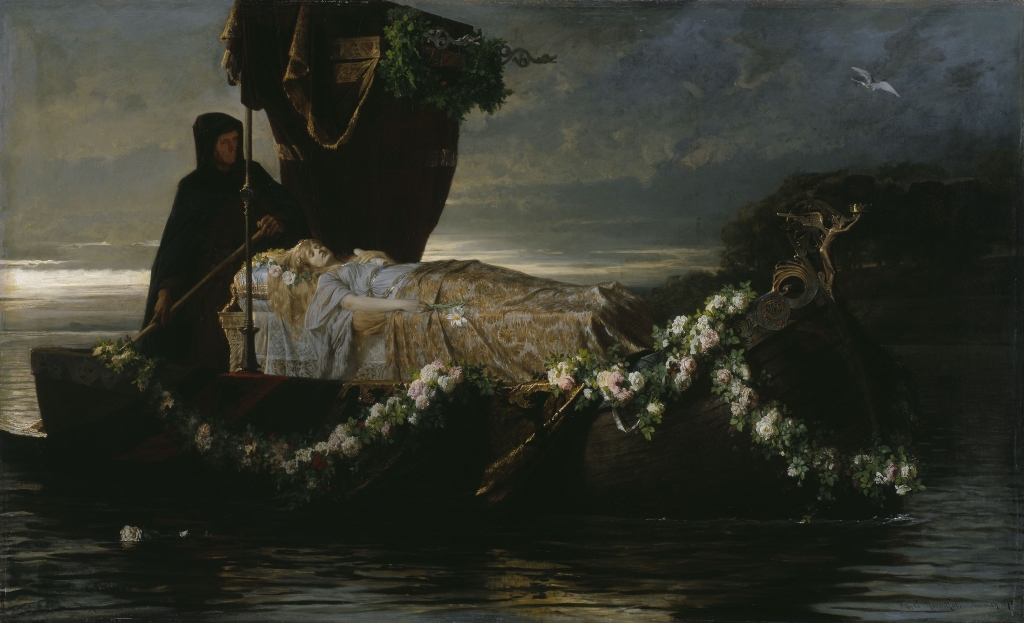 In visual art, a picture is the story and color is one of the languages.

I enjoy writing fiction and since I began studying the craft, I’ve learned more of the challenge called “world building.” I ponder how dark is dark in a medieval castle? And what sounds came from and through the stone walls?

In some of my stories, nature and the natural world are treated as a character, full of backstory, emotional triggers, maybe even motivation. I’ve been striving to bring readers in with a sensual understanding of place. Yet also consciously avoiding the Nathaniel Hawthorne habit of 50 words per chair and 1000 for a wall. Lordy, there’s a balance to be had. 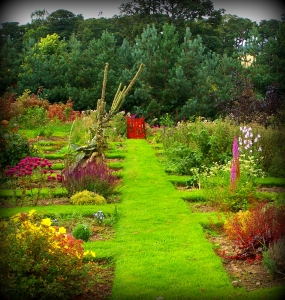 This picture reminds me of a tended path that leads to the fairy gates, one of the few spots shared between our worlds. In the brush, there is a smooth stone a child leans on as her tears fall. Albreda is no longer able to slip into the fairy underworld. She is a rare human who learned the language of the fairies and seen their seasons and vivid valleys.

The Fairy Princess soothes her. Reminding her that every life has value, hers has a purpose. But, It is only the promise to sit with her in this sacred place the next time the colors fill the sky that inspires any break in Albreda’s tears.

A tended path that leads to the fairy gates, one of the few spots shared between our worlds... Click To Tweet

But I digress, today’s post isn’t about fairies and destinies. Well, it’s a little about fairies because this photo took me to that precious place.

Which got me wanting to talk more about art and craft and how stories are told.

For example, Quinn and I were recently talking about the movie and book, The Great Gatsby. That’s a book that doesn’t easily translate to movie. Sure, the story can be told, but what made Gatsby great wasn’t the story, it was the language. It’s a book where you reread a sentence just to experience it again.

A  tale of yearning.

Each character’s own tragedy based, drove, and culminated from that yearning.

The latest version of the movie used music to underline this.

I think it helped.

There are things you can show:

“The bar is in full swing, and floating rounds of cocktails permeate the garden outside, until the air is alive with chatter and laughter, and casual innuendo and introductions forgotten on the spot, and enthusiastic meetings between women who never knew each other’s names.”
― F. Scott Fitzgerald, The Great Gatsby

But to have the phrases newly implanted in your mind. To read the art. That is a precious experience.

Also, there are lines a movie can never show. The world within the man:

“It eluded us then, but that’s no matter—tomorrow we will run faster, stretch out our arms farther. . . . And then one fine morning—
So we beat on, boats against the current, borne back ceaselessly into the past.”
― F. Scott Fitzgerald, The Great Gatsby

Suddenly I’m angry at every half-thought word I’ve ever read and also written.

With Fitzgerald, his worlds are full of grit, greed, and passion but the language isn’t harsh. Nothing about Fitzgerald feels a gimmick. There were no shortcuts.

His works do not hurt my eyes like Picasso with the sharp edges, each emotional pull still vivid and luring, like the temptation of Eden. Calling…yet clear.

It’s a balance, sometimes writers write too much, give us shock and so much “show” there’s nothing left to simmer with.

As an author, I aspire to paint scenes that pull the reader in with vivid details, speaking to the senses yet still leaving space for personal reflection. It is an author’s challenge to connect readers to the place, character, and adventure and an honor if he takes the journey to the last page.

This music video is like the “Cliff’s Notes” of the movie, with all its intensity, passion, story, and conflict in 4.5 minutes. It leaves me breathless.

Now – let’s discuss! There’s so much. What books do you feel can never really translate? What author compels you to read out loud and savor the language? 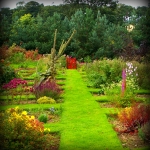 And where does this photo take your imagination? This has been a Finish the Sentence Friday Photo Prompt with my friend Kristi of Finding Ninee, and I hope you’ll join in!