Peter and The Starcatcher Giveaway for Theatre Thursday!

Marcus advised the First Graders in Toccoa, Ga, that to write stories you should:

“Practice your letters. Read Books. See Musicals. And Do what you want.” 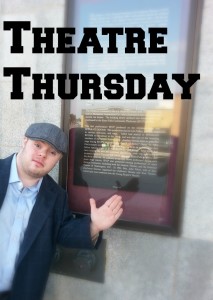 Lately, since he’s been busy touring and speaking about Black Day: the Monster Rock Band, he hasn’t left much time for his own theater love. The thing is, all artists need to “refuel.” This is done with quiet, with self-care, and with other art. Marcus was disappointed to miss out on some of the shows that came around in our absence. (Plus, honestly, I tried to side-step a few due to the spending component.) But NOW we have some new shows to talk about.

Next week we will see the Broadway Across America version of The Wizard of Oz, honestly, it’s one I was going to try to brush off, but Marcus insisted. Seriously. Would not let this go. To be fair, it looks like a spectacular event, so I succumbed.

Another show I am thrilled we will be in town for is at The Rose Theater – Peter and the Starcatcher. Of course this one caught our eye as a five-time Tony Award winner in 2012.

A few years ago we noted here that The Rose really stepped up their game with the caliber of shows and performances; they have continued to delight us with the kind of quality that, well, Marcus expects. (Although Marcus loves the live theater experience, he does have high standards.)


A wildly theatrical, hilarious and innovative retelling of how a miserable orphan came to be The Boy Who Never Grew Up, Peter And The Starcatcher upends the century-old legend of Peter Pan. Molly Aster, a 13-year-old Starcatcher Apprentice, finds herself in the company of pirates, a giant crocodile, and angry Mollusks as she and three orphan boys (one of whom happens to be unnamed) attempt to return a trunk of precious starstuff to her father. Adventures abound as they’re pursued by a mustachioed pirate captain and his sidekick, Smee. Along the way Molly learns what it means to grow-up and is reunited with her father. The nameless orphan and his friends take up residence on this island where dreams are born and time is never planned – the island where that nameless orphan is christened Peter Pan.

This show is family oriented and suggested for children ages 10 and up to best appreciate the run time (a full 2 hours) and complexities of the back story. Some notes that stood out to me are how witty and charming this show is acclaimed to be. Also, the development of the “bad guy.”

As the villain Black Stache, Bill Grennan (who last delighted Rose audience in his multiple roles in Buffalo Bill’s Cowboy Band), plays a flamboyant pirate with plenty of panache and a moustache to match. “Stache is a bad guy in search of a good guy,” says Gutschick (The Rose director) “He eventually finds it, as we all know, in Peter Pan.”

Marcus especially is a true studier of villains, and appreciates the complexity of a “good” villain in a good story. For an extra entry in the giveaway, tell us YOUR favorite bad guy and why.

So now, are you excited to see this show? Guess what? The good folks at The Rose are offering you a chance to win 4 tickets. And even better yet – Two Shots at Four Tickets!

This way you don’t have to keep this giveaway a secret – tell your friends!

Further Details: Peter & The Starcatcher runs Dec. 4-27, with performances on Fridays at 7 p.m., Saturdays at 2 p.m. and Sundays at 2 p.m. There will be no show on Friday, Dec. 25. Interpretation for audience members who are deaf or hard of hearing will be offered on Saturday, Dec. 19. While appropriate for all ages, this Peter Pan backstory will be best appreciated by children 10 and older. It is two hours long with an intermission. Tickets are $25 for main floor and $20 for balcony seats. Discount ticket vouchers are available at all area Hy-Vee stores through a special Kid Cuisine purchase. Members of The Rose receive discounted tickets to the production.

Note: Marcus and I bought our tickets already. I have received no compensation from any of the mentioned theaters in this post. The Rose is, however, donating the tickets – so You can benefit for sure!