My Heart Vs The Monsters

When I decided to venture out into Blogland, I wanted to share our experiences and teach people, to be positive and tell positive stories. To share the good truths.

Early on I ran across the blog, DownsSideUp, with Hayley’s mantra, “Gently changing perceptions of Down’s syndrome from within hearts.” Yes! I thought that’s the way!

Since then, Hayley and I have connected via the ether, the emails, the Tweets – and although she’s across the pond, thus the apostrophe, we are like-minded in many ways. I’m watching her two daughters grow up so lovely, and so quickly, from social shares and miles away. 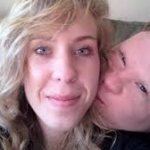 Then, just as I entered the blog world, a horrible and preventable tragedy, introduced me to another range of allies and advocates.

Today is the 5 year anniversary of Ethan Saylor’s death at the hands of three off-duty police officers.  An irrevocable blow to our community. “What We’ve Lost Since Ethan Saylor’s Death” is the tip of the iceberg of our sorrows, our anger, and our fear.

There are  Good Truths and There are Hard Truths

Are all part of the story, our story, and our community story. Sometimes I’m so full of anger, I can’t even talk, let alone write the words. Then sometimes I do, anyway. When Sheriff Jenkins tried to blame Ethan’s death on Patti Saylor for allowing him to leave home, I was furious and I wrote: “According to Jenkins, Best to Keep a Person With Down Syndrome at Home.”

The death of a child, no matter the age, particularly while calling out for his mother – That is a terrible and great burden.

And then there’s this, too:

NPR is running the headline and these full investigative stories.

One article is called: The Sexual Assault Epidemic No One Talks About  This is important, and yes, needs to be “brought to light.” However, I will tell you  – we do talk about this. We worry. We fear.

We parents and families, allies, and knowing caregivers. We all know someone, or someone’s who have been through such a horrific experience and, yes, we talk about it. What are we going to do? What can we do?

What I do know is that I have woken in the night, eyes afraid to close again, to face the nightmare of what happens to so many and could happen to my dear son. I see it clearly. Though I pull the covers, there is no way to hide.

I wrote this as a response to “My Challenge” a few years back and, I stand with it and submit it again to you – the universe – again today. 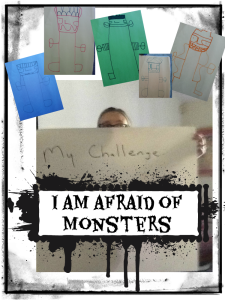 As long as I can remember, I have known that a monster is not the lifelike replication of a furry puppet. I’ve also never really been afraid of Frankenstein or Dracula style monsters, fantasies that were created to emulate the human condition, but in and of themselves began as a figment of a writer’s imagination.

No, as a young girl and still today my fear of monsters is much more palpable, cynical and real.The opportunity to see and read stories of the monsters that walk among us are everywhere and every day.

The news is filled with them.  One example that recently crushed me involved high school boys acting monstrously towards two of their innocent and more vulnerable peers. My stomach turns now and hollows; my heart pains as it beats living with the long minutes of rape, exploitation, jeering and confusion. I type through the tears for the victims and parents of the victims, the anger they must feel, the shame, the fear…

I scold myself. I shouldn’t have read the article. The headline told me all I didn’t want to hear or believe.

What am I supposed to do with these images, at once swimming among and drowning my own thoughts? This being one of the many examples of monsters that look like normal human beings, living among us. And they are everywhere. Both in power and searching for power. On the streets and online. In my imagination and in real life. They have always been and always will be.

For the first 21 years of my son’s life, we lived in our own shell. I went to work and home and kept a close circle of friends. Marcus went to a private school where I felt he was most safe while learning and growing. From the first days of his life, I feared that his facial features would make him easily preyed upon; I felt compelled to focus on preventing the possibility of any ill-intentioned creatures causing him harm.

The word overprotective has been lobbed in my direction and that too carries its own weight of parental guilt and consequences.

I don’t have a great arsenal of defenses against potential monsters. I don’t have a superhero shield or a sword of steel. All I have are two things: language and love. Marcus inspires me every day by sharing his stories and his humor. He gives me his love unconditionally and he accepts me when I am curled up and hiding under the blankets. He reminds me when I rant that, “No one is perfect, Mom.”

Monsters feed themselves lies and vomit it upon others. Monsters are even afraid of other monsters, which is why they huddle in packs and commonly use whatever means available to dull their human senses.

The days when fear pulls on my shirttail and coaxes me to hide, Marcus shows me how his light can shine and warm others who may also be afraid. He tells me dreams the monsters could not believe, and we climb towards those dreams.

I know the monsters’ presence will grow with us and there are days they strike. There will continue to be days the when monsters touch both those I do and do not know and leave me bruised and shaken in their wake as well.

I do not foresee a day when I won’t be afraid of monsters. And monsters, true monsters, will not be changed.

But others, those who are looking for kindness, reasons for optimism and good news. Those who are looking to learn and have opened their minds to a spectrum of human possibility, it is for them that Marcus’ light shines the truths of love and life’s potential.

His enthusiasm and ambitions take a little bit of power and energy from the darkness monsters feed upon: ignorance, fear, and misunderstanding.

Marcus' enthusiasm and ambitions take a little bit of power and energy from the darkness monsters feed upon: ignorance, fear, and misunderstanding. Click To Tweet

With Marcus by my side, we aim to show from our little corner of the world a life of innocence, of ambitions, of love, and try to shine brighter yet these things into the world. These are the only weapons we have and we wield them with hope.

I won’t be made useless, I won’t be idle with dispair…

Thank you Jewel, for the reminder. Let’s sing together, shall we?

In the end, only kindness matters…

These are the only weapons we have and we wield them with hope. Click To Tweet
Mardra2018-01-12T17:44:27-06:00Categories: Grown Ups & Downs|Tags: #JusticeForEthan, ethan saylor, Hard Truths, love, MOnsters|17 Comments