Response to “Those Mongols”

The recently publicized quote from a UK public official using the term “mongols” as a descriptor of people with Down syndrome reminded me of the reason I won’t be seeing David Sedaris perform live when he comes through town next year.

In his book, Naked, David Sedaris tells us about his time as a volunteer at a mental institution during his youth, including this anecdote:

“The day proceeded, everything from a mongoloid teenager with an ingrown toenail to a self-proclaimed swami who had fashioned himself a turban of urine-soaked towels. Clarence and I carted them to the infirmary and later returned them to their wards.”

Oh, my. Once I read those sentences, I read them again, as if a large pill I kept trying to swallow but still stuck in my throat. I shuffled pages to the copyright date, 1997. Hm. I did quick math assumptions and concluded this story section took place in the early to mid-seventies. Hm, again.

First, the quality of life for this young man with Down syndrome breaks my heart. I really did re-read this several times just trying to cope with it. Oh the heartbreak it brings. I imagine a mother who was told to put her child “away” and a boy with all of the potential to learn instead being pushed into a facility where he did not belong. Not so uncommon for the time. At the 321 eConference over this last World Down Syndrome Day, one of the speakers pointedly noted, the chromosomal make-up of people with Down syndrome has not changed from 20, 30, 100 years to the present. And yet now, people with Down syndrome are learning, reading, speaking, working, and thriving. (In fact, check this video called Dear Future Mom out if you want to see great examples of this.) Yet in this story, which I put at about 40 years ago…

And then there is Sedaris’ word choice. Again, a deep breath. I reminded myself that in the early 70’s, “mongoloid” was a common-ish language descriptor of a person with Down syndrome. (Even the College Psychology book that I used to look up “Down syndrome” on the day my son was born used the term.)   Still…I didn’t notice Sedaris using other words which were accepted by some groups at their time that are clearly derogatory descriptors.

Did he use this term on purpose to make the point of how this young man was categorized? If so, why did he choose to never redeem this point of view? Why did he leave this boy so labeled?

Sedaris is an essayist, a humorist, and creative non-fiction author. He writes primarily from personal experience. Sedaris’ stories often do not end in redemption; he does not always give himself or his readers a message or even the road to a higher purpose. Often, his stories are nothing more than the image of the road from his perspective.

I’ve rationalized it all in my mind, and yet, no.

I have been unable to shake his decision.

These are two brief sentences in his vast story, a story that holds his truths and his journey, but as a storyteller, language – word choice  – is his responsibility. So it is. I’m not compelled to pick up any more copies of his work, nor see him speak when he comes through Omaha next year. That is that, each decision affects the other, as artist and consumer, which is the way of things.

An elected public official, the mayor of Swindon (UK) was “forced” to publicly apologize for his use of the term Mongol. This story came to my attention via the organization Saving Downs and their article: “Mongols” is so Yesterday: An open letter to Nick Martin. Which Mr. Martin confirmed in so much as, “He later told BBC Wiltshire that he had used a word he “was brought up with.”

It’s not “the term” that’s the most offensive part of what Mr. Martin had to say. Here’s his undenied quote and let’s see what you think:


“Are we still letting those mongols have sex with each other?”

And then, for the final part of the question, is that any of your businesses, Mr. Mayor? ANY?!?

Just to show I too can generalize, I found his next attempt at rationale even more damming. The headline was nice: Mayor forced to apologise for ‘mongols’ remark says he was just trying to understand disabled sex lives. The article however goes on to include his real quotes to ITV news. Oh my. They didn’t help.

Well, guess what? He resigned. I’m OK with that. I mean, after all, he said himself, “I’m over 60 and I made a mistake.” Are we still letting those over 60’s make public policy?

Alright, I’ll contain the snark. He’s an ocean away but the fact of the matter is this, containing groups of humans to “those,” and making judgments that involve “letting” when it comes to consensual adults, are not good habits for those who make laws and policies. We have Mr. Martin to point to, but the problem faces us here as well. The second fact of the matter is words have power. And how we react to the words is our own power statement as well.

But, I’ve said too much… 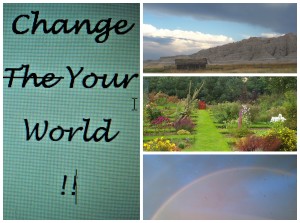 Thanks for stopping by, feel free to leave a note you were here or
for emailed updates, not too frequently, Join the Club Here
This is a “repost”  from  April of 2014, I am re-sharing it now as part of #DSAM15 and Change Your World Wed. Because, guess what? When we change our words, we change our  world. This I believe.
Mardra2015-10-05T21:03:56-05:00Categories: Change Your World, Grown Ups & Downs|Tags: Be the Change, change the world, change your world, david sedaris, Nick Martin, words matter|4 Comments