Review: Amy and the Orphans

Can you handle the truth?

When my son was born, in 1990, the pediatrician gave me a book on parenting. The first line read something like, “Do not put your child in an institution,” yet a social worker hovered in the hallway, checking if I was, in fact, bringing my baby with Down syndrome home.

Today my son, Marcus, is an author, speaker, and advocate. Also, an avid theater buff, so when the Playbill article came onto his feed that Jamie Brewer, an actress with Down syndrome, would be playing the lead role of Amy in a Broadway play, I asked him, “Should we go to see Jamie Brewer on Broadway?” 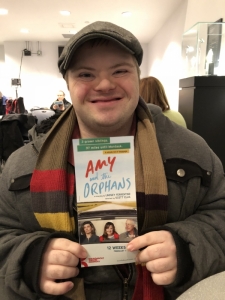 Amy and the Orphans is an original play produced by the Roundabout theater and written by playwright Lindsey Ferrentino. Marcus and I have seen it…twice. Once in previews and again in its opening weekend.

Ferrentino’s story takes the audience for a ride with Amy and her siblings down the Long Island Expressway with a combination of humorous candor and dramatic discoveries, guiding us to each character’s personal truths. Once we are, metaphorically, strapped in, the ride gets bumpy. The truth isn’t always as easy as it looks.

The storyline jumps from one generation’s time and decisions to the consequences and facts faced by the next generation. The family characters are relatable and perfectly dysfunctional in candor and comedy. Lyndsey’s play notes we often repeat the facts of our life, “Until we believe them.”

The cast of characters includes Kathy, played by Vanessa Aspillaga, as Amy’s caregiver. Her presence is an excellent tool for explanations and also comic relief. Ms. Aspillaga acts the part with impeccable humor and compassion, a delicate mix for a pregnant, loud, opinionated, Italian-American with a questionable tattoo on her wrist. Amy’s parents are played by Josh McDermitt and Diane Davis. Their conflict is tangible, gritty, and at times, desperate. Mark Blum and Debra Monk play Amy’s siblings. They carry the weight of true family comedy, which includes quick snips biting at each other, alternating between jibes or hopeful reconciliation, while also searching for something more, maybe redemption.

I’m holding back the “spoilers.” I will tell you, however, that when Marcus and I discussed the play, he said the theme, the story’s primary #truth is: “Amy has her own life.”

Let’s talk about Amy. Amy is played by Jamie Brewer, the reason we traveled to New York City to see this show. She did not disappoint. 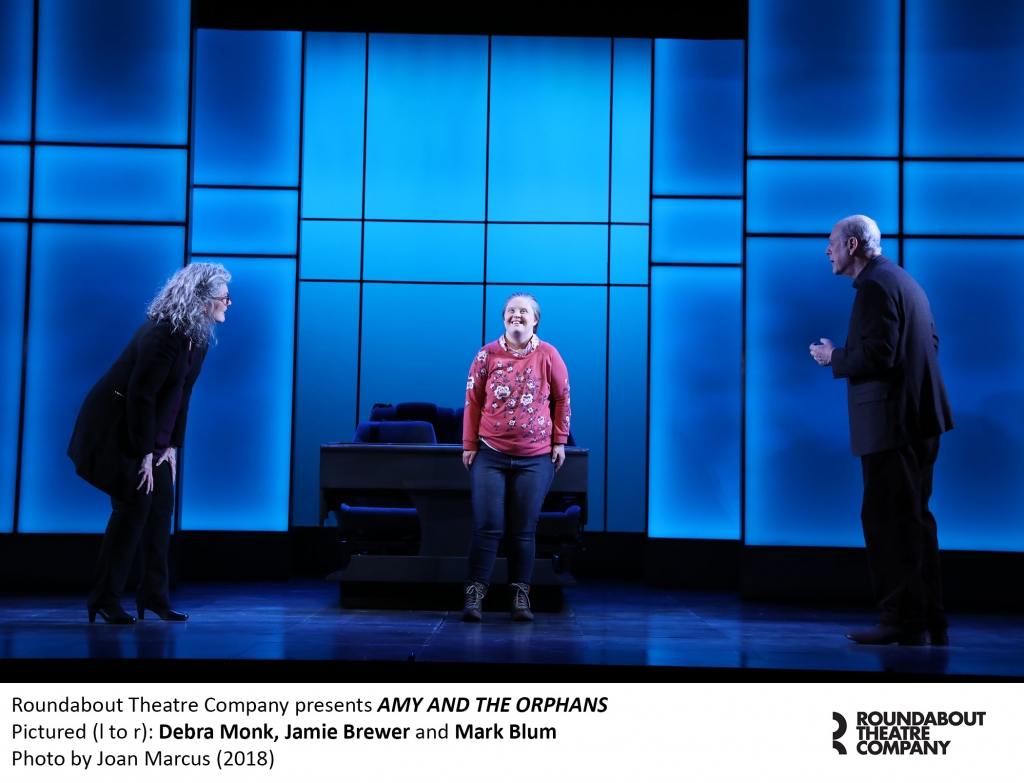 Brewer is a hard-working actress of both stage and television who has also modeled during New York Fashion Week. In her interview with the New York Times, Brewer indicated she often has to “cater to audience expectations.” Ferrentino’s play demonstrates that she understands both audience expectations and Brewer’s abilities, well enough to guide the audience through a quick-moving 90 minutes, For those audience members unfamiliar with Down syndrome, Brewer’s character eases them from their initial expectations to truths they could never have imagined, all culminating in a monologue that speaks the truth, via movie quotes, as an exclamation point of personal affirmations and plea to the universe.

When the curtain falls behind Ms. Brewer, she strides front and center, then proceeds to hold the audience in the palm of her hand.  I suspect this may be the first time, maybe the only time, most people in the audience have listened so intently to a person with Down syndrome. Really listened. Eight shows a week Jamie Brewer speaks the words that they didn’t know they needed to hear.

Brewer’s performance demonstrates on several levels what a person with Down syndrome is capable of doing. This role and her ongoing advocacy provide hope to this and the next generation, solidifying ideas of possibility. According to Brewer, “The biggest thing is the advocacy.” Most of her favorite lines come in the final monologue, including the iconic movie quote, “Nobody puts Baby in a corner.”

Amy and the Orphans gives voice to those silenced, forgotten, and neglected. Also, and maybe most importantly, I hope audiences recognize these truths for people who may not be able to speak it themselves. The fact is, the most vulnerable among us all have abilities of their own, need friendships, feel loneliness and trauma, and are worthy of compassion. It is my hope that audiences open their hearts and minds and embrace this truth. 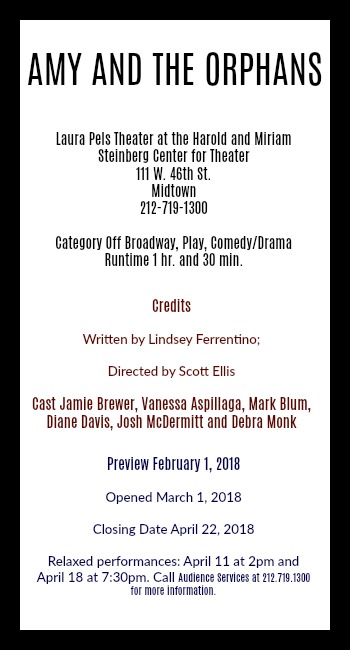