Getting the Advocate Message

Marcus and I spoke together at a conference yesterday. The focus of the association and its mission is 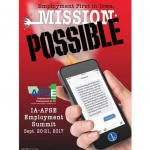 to promote, find or create, then continue supported and meaningful employment for people with disabilities. Their theme: “Mission Possible.”

We shared a few advocate stories from around the world. Today we are sharing them with you, too. The first one is from New Zealand, where a film company has made eight short films focusing on people in their community. (See “Celeste is Brilliant” here and watch all of them here.)

The Pros and Cons of Sharing Online 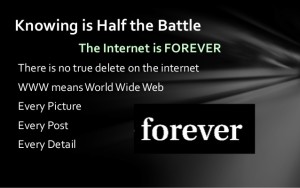 The Message that The Internet is Forever…

Yesterday I met a mother whose middle son died by suicide. She bravely shared about his life cut short because of two bad decisions. At some point last year he took an inappropriate picture and shared it, privately.

When that picture became public, after being tormented with the possibility for no one knows how long, he decided that humiliation was more than he could bear. His life ended at aged 15.

How many times have we told our children,