This story was submitted to a great exercise/contest in flash fiction. Fiction in Five.

Janie Sullivan, the director of the on-line Center for Writing Excellence, kindly indulged a small tantrum of mine and let me know that signs point to my placing 5th in this contest.  The top four are awarded.  Those of you who have been with me for years know how the term “next out” is a persistent placing in my past. Here we go again.

ANYway – Check out the contest winners, too.  It’s fun to see what everyone does with the prompts. The rules are: three “first lines” to choose from. Also is a list of five words that everyone has to use in their story.  5 days to produce a short story 700-1000 words.  Good exercise and good fun. 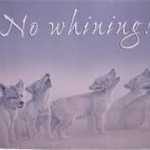 The snow was gone, but the air was still bitterly cold.  The ground remained too hard to dig into, so the bodies stiffly lined up on top of the frozen earth.

The calendar in my mind did not match the one etched to my soul. Was it one week ago that I bolted from Kaylee’s tent, gagging over the sight of her bloody nose?

Jacob used a clothespin to stop the bleeding. What good will that do?  None. She died only an hour later.

The men talked of the cold, When will it ease up?  None spoke of the frozen void that grew from the inside out. How could they? No one knew a word for it. I focused my senses to feel the rock in my shoe, moving it to dig into the hollow of my foot.

David tended the fire in the center of camp. I held my hands to the warmth. A lightning storm under my skin pricked my swollen red fingers with small shocks that shot up my arms. I backed up, seeing most of the men also hovering back with numb looking eyes rather than face the pain of the thaw.

My own tent faced the woods at the farthest edge of camp.  When we set up, my shy modesty kept me from the group. I wondered now if that is what also kept me alive. The wolf pup eyed my bread.  “I don’t know why,” I said out loud. “It’s a rotten rock.” I threw it to him.

He snatched it up, backed up several steps with his eyes upon me. He fought and tore into it never looking down from my gaze. I witnessed his instinct to live.

My “survivors” pack dwindled down to one last piece of bad, dried bread, an arrow with a broken bow, and a can opener. All of which were laughable as survival items.  The woman brought to train us to hunt was the first to die, leaving me more able to bludgeon a small animal with the can opener than shoot a beast of the woods. And the bread…I could not bear the thought of eating the stale bread. Or the thought of being without it.

I picked up a long stick and shooed the pup into the trees. The other men would see the pup as meat. Maybe I should too. He went under the dark cover of the woods.

Why do my eyes continue to open each morning? Can my mind not see the stamp of death imprinted upon me? Why does my heart continue to beat? My lungs to breathe? I wondered. Is the programming to live so hard-wired it cannot see the insanity of it? Why does the pain not overrule the function?

There were only two women on our expedition, they died first. Six men followed over the next week. Before Jacob died, he told us, “Stay in the camp. No matter what. That is the only way a search team will find you.”

“Will we get our money back if they don’t?” I asked. He was the only one to laugh, the small cough sort of laugh you see in dying moments of the movies.

When we were down to four, I didn’t leave my tent or the tent entry. I stared into the forest brush. The pup came towards me, his mouth full of fur.

I blinked at the image, confused. The pup laid before me a dead…something, with a few bites from it. Maybe a squirrel? I shook my head and physically tried to shake some sense into my brain. Hadn’t I given up on living? The pain I now knew, the sight of dead bodies and the way my mind twisted into its own darkness, these will never leave me.

I picked up the delivered gift and carried it gingerly to the fire. David stared at me and I handed him the meat. He was the only one who could manipulate his knife and strip the fur; his fingers had not succumbed to the freeze. I walked back to my tent as the other men moved to the smell of nourishment.

I stared at the pup waiting for me.  He lives in the woods. He knows where to find food, how to kill.

So does his pack, I added, to myself. Perhaps this gift is really bait. I am the easiest, most tender meat the woods could have.

Either way, I was ready. “Let’s go pup,” I said. He jumped up and trotted back into the trees. My foot felt the rock in my shoe and I followed him in.