“The subconscious has no sense of humor.” This is a lesson in a book by Louise Haye and I experienced it recently.

While Marcus and toured with his book, we were away from home for much of September and October. We weren’t all work, well, Marcus wasn’t all work. (By that I mean that I didn’t book an event every day, and also some events were smaller than expected or even cancelled due to the extreme rains in the Southeast.) That said, while we were away from home I continued to promote as much as I could, did a lot of driving, proofed the “galley” of The Parent’s Guide to Down Syndrome and also squeezed in some visits with old friends, new friends, and family.

So I joked with folks, when they asked about our travels, that beginning November One I would “sleep for two weeks.” Well we travelled and met many families and held parties and events and when November rolled around I think my body was expecting that two weeks of sleep.

But I was Just Kidding!

I hit November running, just as hard as before, with a tight work schedule and continued my long list of to-do’s and priorities. I had promised friends,colleagues, (and myself) words, further work and obligations, and I ran right into this new list headfirst. Well, my body accepted one week of that BS and then said, “Um. This was not the plan.”

And it kicked me down.

So – I’ve spent the last THREE WEEKS at about 25% productivity, if that. It’s “just a cold.” You know, the kind where you lose your voice on and off, cough until you puke, and generally feel like hell. Yeah, that’s the one. Lesson noted.

As is the life custom, some things don’t allow you to call in sick. During that three weeks I had the pleasure of seeing my extended family get together for the first time in about 20 years and also helping to facilitate and throw the end-all work-party celebrating 88 years of the family business. It was a big deal. Also a call-to-action that could not wait. So, now I am several weeks (further) behind and am facing the possibility of more life-changes in the New Year. (Of course, those who know me know that my life is nothing if not eternally changing.)

But that’s not what we’re here to talk about today.

Today we’re here to talk about…wait. That is kind of what I want to share today:

One) The Parent’s Guide to Down Syndrome Advice: Information, Inspiration, and Support for Raising Your Child from Diagnosis Through Adulthood A new book about Down syndrome with a really long subtitle. I think the publishers did not want to leave out any keywords. That’s cool with me – I want people to find this book. It’s available for pre-sale now and will be released online and at Barnes and Noble and other select booksellers as of January 1st, 2016.

Coming up on this site will be the new landing page for the book, some cool giveaways, and additional special features. Also, I plan to cover more extensively some of the issues that are gleaned over in the book, we only got so many pages to cover a lifetime, so I’m working on extended articles that dig deeper into an issue, for example the first one is on employment and entrepreneurship. However, most importantly I intend to share interviews with self-advocates as a continuation of the “My Stories” feature of the book. WOOHOO! STAY TUNED. 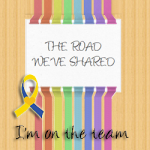 Two) My friend and part-time evil twin (we take turns), Stephanie aka walkersvillemom and fearless trailblazer of The Road has stirred up the pot with calling out the uncool, very uncool, section of Lily Eskelsen Garcia’s  speech. This speech was gaining “good press” because she noted the fact that teachers, and those in the field of education, do not have a one-size-fits-all answer to educating today’s diverse group of children. Unfortunately, she also used disparaging descriptors of said children, and honestly, it hurt. There’s more to be said on this issue. (Watch the video here: https://walkersvillemom.wordpress.com/2015/11/24/chronically-tarded/

Garcia is right, there isn’t a one size fits all answer, but the problem is not the children, and unfortunately they are the ones getting the short end of the joke. You should read this, watch the video, and weight in. Also, there are other issues facing our community that need to be talked about and while I did put down a few words while I was in my 3 weeks of sick – I haven’t had the guts to go back and see if they made any sense, yet. But I WILL! Here, there, and over there, too – I just need to get my brain on my side and we’ll talk sommore. 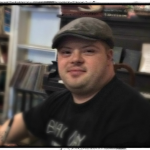 Three) Marcus! So much more to do to help him reach his potential, he and I are making plans for 2016, but we’re not waiting. He’s got stuff to do too, and his next meeting is on Monday. Plus there’s the Broadway Lists and new stories in the works. I’ll keep you updated.

Four)  Frankly, I’ve been short on writing the words over these past few months and now I feel like my brains are too full to get a decent sentence out. There are so many impressions, and as always, lessons, that are waiting in the dark matter of my consciousness…I hope I can get “it” together enough to share. I haven’t hardly told you all about the trip(s) and there’s so much more to say about Marcus has been teaching the folks he meets.