But it’s not, it’s natural.

Maybe instead I should say worlds reflect, nah, too distant. Worlds Web? Closer.

These last few weeks our passions, our friends, our prospects braided together, intertwined, and we spun around among them. My work, Marcus’ work, my friends, his friends, our ambitions, our play-time, and on and on…Marcus and I have been away from home for two weeks.

We began in NYC. March 21st we went to the United Nations for World Down Syndrome Day. 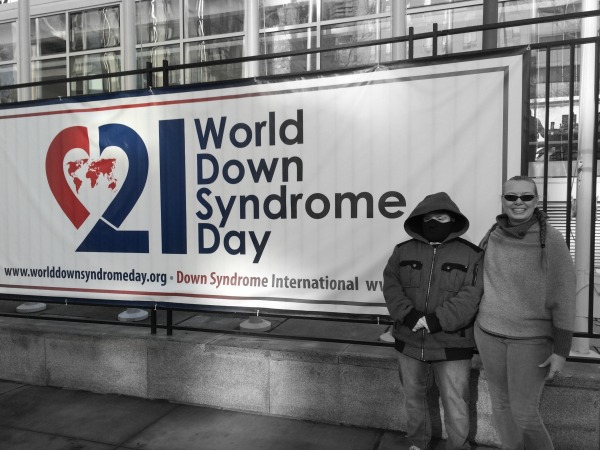 It was, for me, A-Mazing.  For more about the conference, please wait patiently that post is still coming. 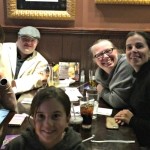 On that day we met friends from Australia who we had never met in person before. We also met new friends from other corners of the world. We picked up like the old chums we are and I knew…that would be the best part. 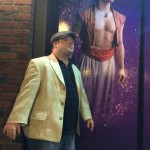 While in NYC Marcus and I saw several Broadway shows. 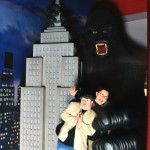 One of our best friends from Omaha flew out to join us for a planned “Broadway Camp.” It was an intensive few days of shows and food and Times Square.

Then we went on to a friend’s house in NC for a few days where I worked remotely at her kitchen table and did laundry and Marcus de-compressed from NYC. In the evenings, so did I. We kicked back and solved all the world’s problems the same as when we were teenagers. 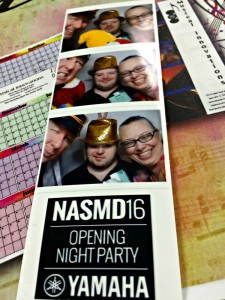 Then we went on to Florida for the NASMD convention. What is that? You may be thinking? It’s the National Association of School Music Dealers and I happen to be back in a business that works with these fine people.

Quinn, as you may recall, is a musician, so he is a real asset when I hobnob with musicians; they speak the same language. Marcus is always valuable when it comes to making friends and he did his job spot-on at this show.

We saw friends we hadn’t seen for several years, made new contacts and friends, and yes, we did hand out a few books. What’s better to talk about than a Monster Rock Band to folks who provide students with band, orchestra, and yes – rock band instruments?

This is all pretty great and fun,

as I’m sure you could guess, but then…THEN…This. 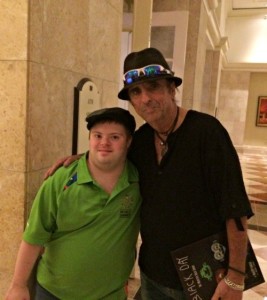 In the hotel lobby. And, well, Marcus gave him an autographed book and they chatted. 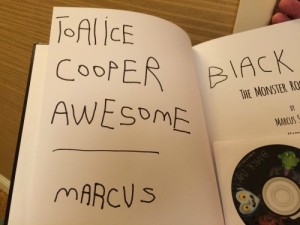 They talked about the Muppet Show, about touring, and about his (Alice’s) radio show.  (NightsWithAliceCooper.com) Also, Alice Cooper told Marcus he’ll be reading the book to his grandchildren.

Let that sink in. 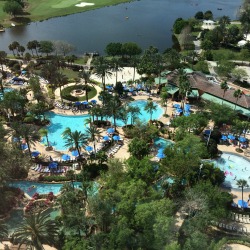 One more thing about worlds colliding, the conference we just attended is at the Exact Same hotel that the upcoming NDSC conference will be in July. SO kids, if you – like me – dread the idea of Orlando in Frickin’ July  – check out this picture I took from our hotel window of the pool area.

I figure the Only way to endure Orlando in July will be on the “lazy river” that weaves through this pretty expansive pool area. If I go outside at all.

That’s a very brief overview of our runnings around. I’ll fill in some more details, and more pictures, later. Stay Tuned!