What are the Odds – WalkersvilleMom

Now, to meet Stephanie. Where to begin? I guess for starters you should know that she and I each take turns being the “evil twin.” Some people when they meet learn to finish each other’s sentences. Stephanie and I, instead, start each other’s sentences, and someday when we meet in real life, we’ll probably never finish a sentence between us. She’s one smart cookie that’s pushed by love to go out and change the world. But that, you will shortly see for yourself. Here we go!

I would say that Josh’s biggest win happened when he was chosen to present at the World Down Syndrome Congress in Vancouver, BC. It was a win-win. He got the self-esteem and excitement from traveling three-days cross country Toronto, to Vancouver in a Greyhound bus, telling a captive audience about his college friends and all the work he did, and he got to spend some guy time with one of the students when they went to see Alice Cooper in concert. It was also a win for emancipatory research – the project was a huge success. 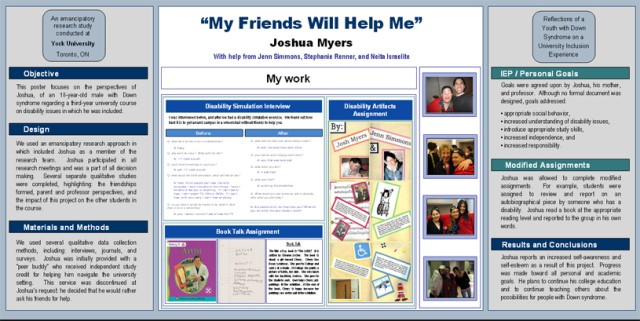 The young, soon-to-be-teachers who got to know and appreciate someone with Down syndrome first-hand before they were assigned to their first class won invaluable experience. And everyone involved in the project, including the professor who originally doubted that inclusion at the university level could be done well, mom who worried about letting go so much, and the conference participants who got their first glimpse of modified curriculum in a typical university class, all benefited from the opportunity to change their way of thinking towards a more inclusive future.

The fifty yard line actually brings up quite painful images. Josh is 28 years old now. For most people that’s not old, or even middle-aged. For Josh, depending on which statistics you believe, it could be either. Since one research study says that people of color who have Down syndrome are only expected to live to the age of 30, we could be running out of time together. The life expectancy of Caucasians who have Ds is now reportedly around 60, with some people reaching higher. Since Josh’s parentage is also 50/50, where does that leave him? Or me? We simply don’t know.

(6,1) From this one word prompt either write or send a picture reply: Push. 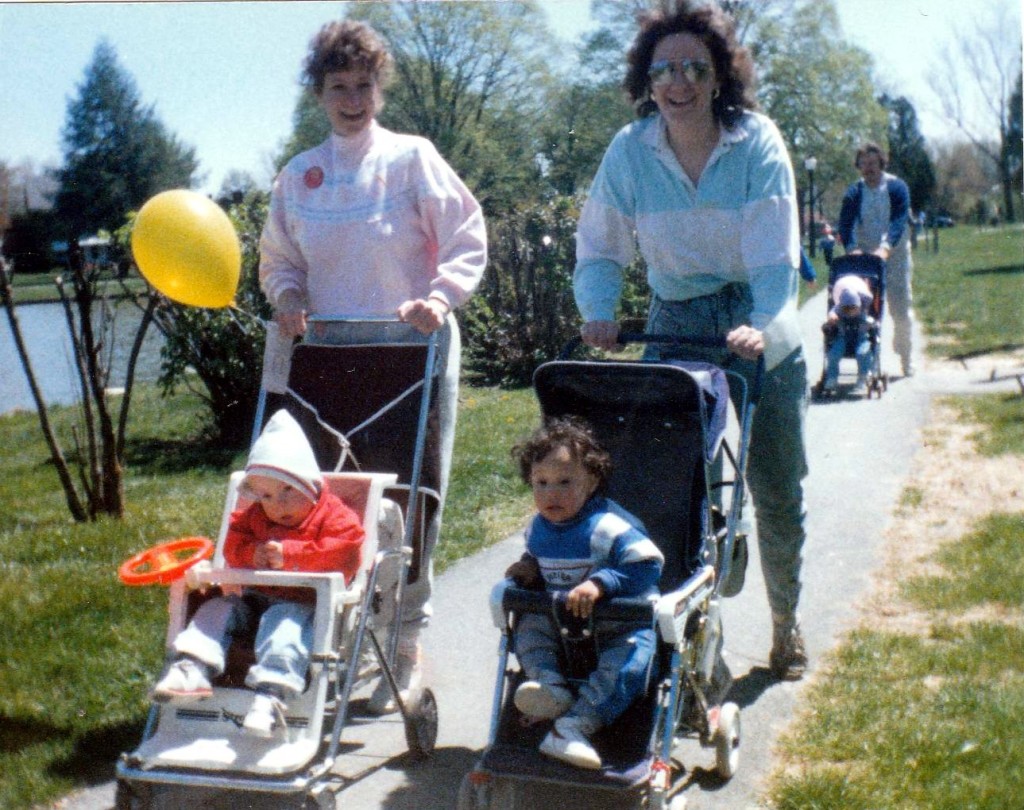 Stephanie with baby Josh and Patti Saylor with baby Ethan

(2, 1) Tell us about one time when your child beat the odds

Josh beat the odds when he was born without any major health issues that are associated with Down syndrome.

From this one word prompt either write or send a picture reply: House wins

DONE with school! BIG win for “the house.”

Now I’m sure you want more. Well, Steph is pretty easy to find whatever your network of choice here: