As a child, I was told that a hummingbird shouldn’t be able to fly. I was told that, scientifically, it’s a bizarre phenomenon. Therefore, being an early lover and adapter of metaphor, I always considered the hummingbird to be the perfect example of being able to do something better if you don’t think about it. Now, I don’t know if the bit about the hummingbird is true, and I don’t want to, because I like the metaphor.

This Sunday is an event called The Young Artist Awards.

I am stoked to tell you that Connor Long, a young man with Ds is not only nominated for an award, presenting, and also co-hosting the event with Shelley Anne Regner. 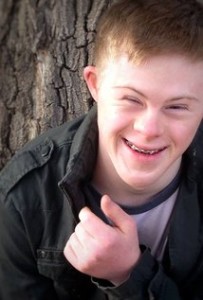 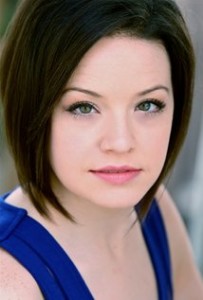 Because I am a huge fan of Connor Long, I decided to find out more about the awards and see if I could help, you know, mostly by providing a bit of PR.

I dove into the YAA website and then I fell into the rabbit hole of checking out all of the awesome nominees. For example, this kid, Gavin Morales, a quite young and incredible dancer. I mean, seriously, check this out from his Facebook page:

Performing tonight at the Tampa YAGP Gala was amazing! So grateful for this opportunity! A little snippet of my solo “Luminous” choreographed by Victor Smalley.

Plus, I was immediately impressed by the diverse faces of these young people who are up for awards.

Then I wanted to know more about the process.

I learned that the nominees are chosen from three-minute submission clips and “The submissions are judged as presented, judges do not take into account any outside factors. It is judged solely on the acting presented in the submission, did we believe the character, etc.” I learned this from Sage Kermes, a young woman working with the planning and promoting this year’s YAA (and also a previous nominee).

Soooo, let me get this straight, when people of any race, disability, gender, religion, political party, whatever –  send in a clip showing their moment – this panel just watches, feels, and connects, then chooses the nominees and then, like some sort of divine affirmative action, diversity reigns? Because the truth wins. There is talent in and from all of these communities. You know, it’s just so simple I think it could work.

Anyway, I asked about the diversity and the way Sage put it was, “There was never a conversation about making sure we had a diverse group. The only question was, have we picked the most talented nominees from our submissions? and I believe we did that.”

So back to Connor, as I said, I am a big fan. The first thing I saw Connor in was the short film, “Menschen.” I was so inspired by it, I wrote six separate articles about the film, its actors/directors, its message, and its place in history. Now I’m anxiously awaiting the completion of another short film project “Learning to Drive.” In the meantime, Connor is also an online reporter with Denver’s channel 7 ABC affiliate, performing in live theater, and basically going nonstop.

He’s a hummingbird. No one has told him he can’t fly. 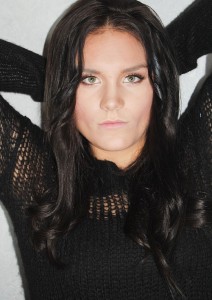 I believe another hummingbird is the young woman I spoke of with the YAA, Sage.  She is an ally working magic, accidentally, because she is only doing what is is natural to her. She’s just doing her thing and when I step outside of my ally space and into my parent of a person with a disability space, I have to smile and have a little bit of hope for humanity when I listened to Sage explain to me how Connor got the offer to co-host this Hollywood event.

She told me how moved she was by Connor’s acting in “Menschen,” and she followed with, “The more I talked with Connor and got to know him, the more the idea stuck in my head of what an exceptional person he is and how much I wanted to have him more involved in our event.”

So, friends, here’s where we get to my favorite part. The realization, as she explained to me the process and decisions and how Connor was the perfect fit for goals to make the YAA “current” and better feature the Young Artists, that this is all about who Connor is as a whole person. This young woman advocated for him to be a key role in the YAA because…Connor.

I’ve been an ally for a while. I think, over-think, pay attention, learn, teach and maybe even preach a little about words, actions, reactions, and more words. It was such a pleasant breath to talk to an accidental ally. One who doesn’t have to think and over think, one who doesn’t have to know…words.

She is realizing now, in little bits, what this means – what Connor means and will continue to mean, to other people. Sage is learning this via tidbits, She is starting to hear from friends and colleagues what this means to them, connections she didn’t know before.

The Young Artist Awards will be held on Sunday, March 13th. Very exciting for all involved, whether or not they “win” – they will always be part of this very special night, an exclusive group of talented young people. You can follow via social media: Twitter @youngartistawds, Snapchat @youngartistawds, Instagram @youngartistawds, and Facebook page: Young Artist Awards. Twitter and Snapchat will be updated as the event goes on, Instagram and Facebook will be followed with updates after the event. PBS will broadcast the event, KLCS (channel 58 in Los Angeles) on 3/20 at 8pm, a 60-minute edited version of the 3 plus hour live event.

Tonight as I spoke to Sage, I pointed out to her that 3/21 is World Down Syndrome Day, the TV event will be a great kick-off to that week. Being a natural, untrained ally, this was new and exciting information to her. I loved telling her. She is very proud, rightfully, of the work the Young Artists Awards have done this year and will continue to do.

They are using the hashtag #HistoryInTheMaking and she and Connor and all of the others are doing just that, together.